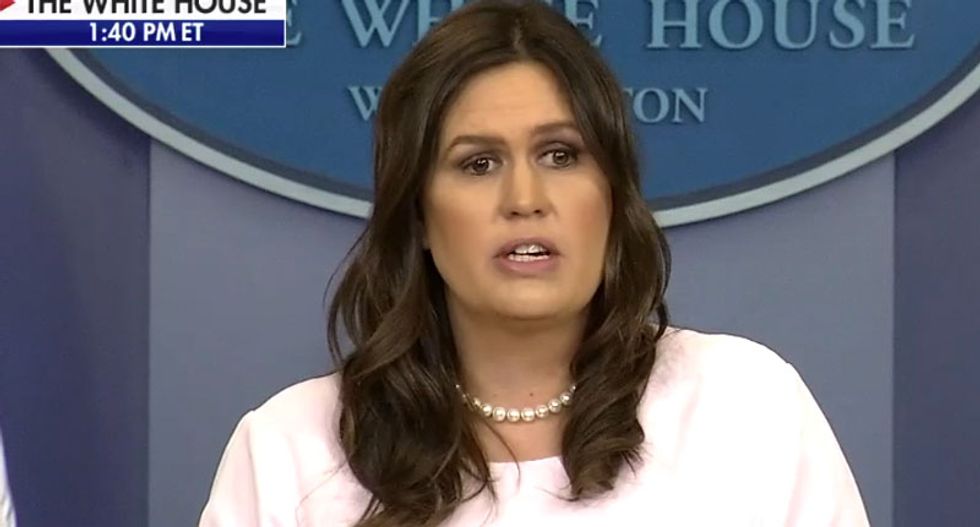 White House Press Secretary Sarah Huckabee Sanders is still refusing to discuss why she falsely told reporters last year that President Donald Trump did not dictate a misleading statement about the infamous 2016 Trump Tower meeting with Russian agents -- and a man who had her job under former President Bill Clinton says she should be ashamed.

Former White House Press Secretary Joe Lockhart, appearing on CNN Thursday, said that Sanders should "absolutely" regret the way that she has repeatedly told blatant falsehoods to the media and has refused to explain herself when called out for making false statements.

"I had that job 20 years ago and there's probably six or seven or eight women that have had that job since," he explained. "I never entered a public criticism. This is very different. This is the kind of thing you see in authoritarian propaganda machines."

He then slammed Sanders for her attacks on the integrity of independent media outlets and on special counsel Robert Mueller's investigation, and he said these were the sorts of things he expects to see in dictatorships rather than in the United States.

"It's bad for the office of the presidency for that job, and bad for the country," he said. "Because, if you can't believe what you're being told, then you do get into a situation where you're in, you know, what people in Russia and people in authoritarian states, you know... how they believe the news and their leaders."