Fox News host Jeanine Pirro declares victory in upcoming North Korea negotiations: 'It's time for the un-American haters to get on board!' 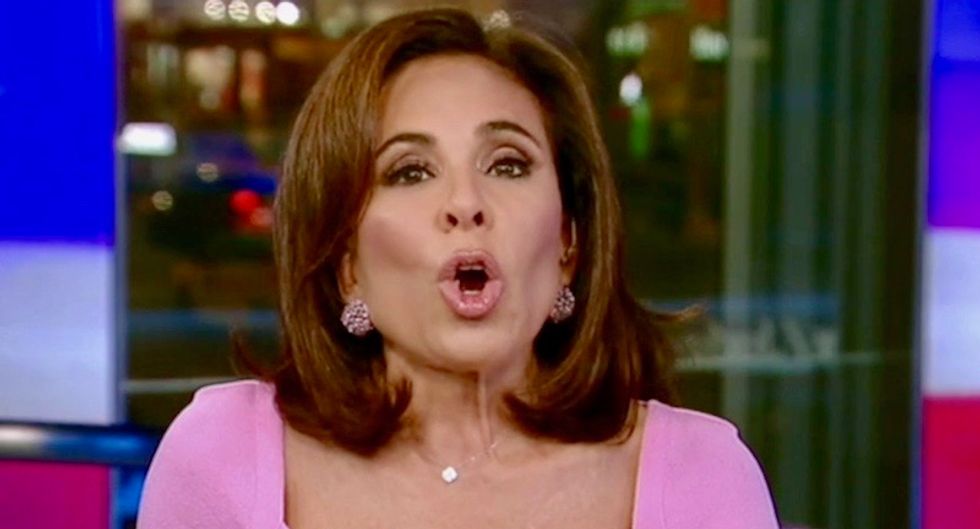 Jeanine Pirro delivers a rant during her Saturday night show/Screenshot

President Trump is currently flying to Singapore, where he will try to negotiate a nuclear deal with North Korean dictator Kimg Jong-un.

Many are worried about the negotiation, but not Jeanine Pirro, who opened her Saturday night show by declaring victory.

"Our president is on schedule to forge a relationship with North Korea in Singapore that will cause Pyongyang to dismantle our nuclear weapons," she said. "The ones that they've been building up since the Bill; Clinton days, when he wanted to give Kim Jong-un wads of cash."

(Pirro was lying about this: Kim Jong-un was a teenager attending boarding school in Switzerland during the Clinton administration and took over the country 10 years after Clinton left office.)

Pirro said Kim Jong-un had "crawl[ed] back in front of the world" and that Democrats refuse to admit that Trump is succeeding.

"We finally have a president who has the chutzpah to tell this dictator to buzz-off. No pun intended on his haircut," she said.

"Donald Trump is bringing America back in front of very eyes," she said. "And it's time for the un-American haters to get on board!"