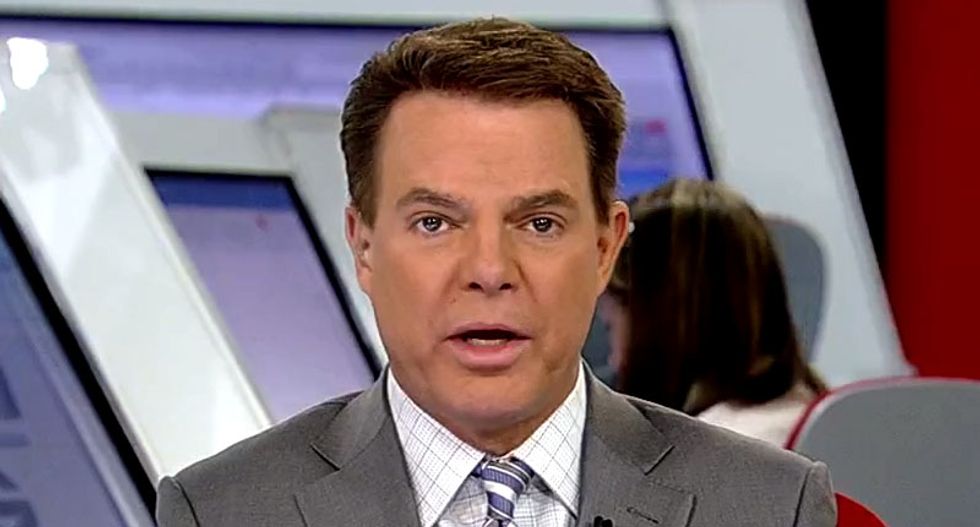 After a day of confusing statements by Donald Trump and the White House, Fox News' Shep Smith unequivocally declared that his reporting on the current administration is "without fear or favor."

"We want to report without fear or favor and hold truth to power," the host said following the president's outlandish claim that he can pardon himself in case of indictment. "No matter who it is that's in power."

He proceeded to read from the U.S. Constitution's clause about presidential pardons.

"He shall have the power to grant reprieves and pardons for offenses against the United States," Article II, section 2 reads. "Except in cases of impeachment."

Nevertheless, Trump's lawyers insist that he can self-pardon. Paired with White House press secretary Sarah Huckabee Sanders' unwillingness to agree with the president's legal team about the Trump Tower meeting, Smith outlined the difficulties of reporting on Trump's version of the truth.

"When you get a competing set of facts, one of them completely untrue, and no way to get through it, from the highest elected authority in the land, from those who work for us — it's very frustrating for journalists. It's not partisan, this is about facts — and knowing that someone is telling the opposite of that."