'Me, myself and I': Kellyanne Conway says Clinton and Obama only 'talk about themselves' 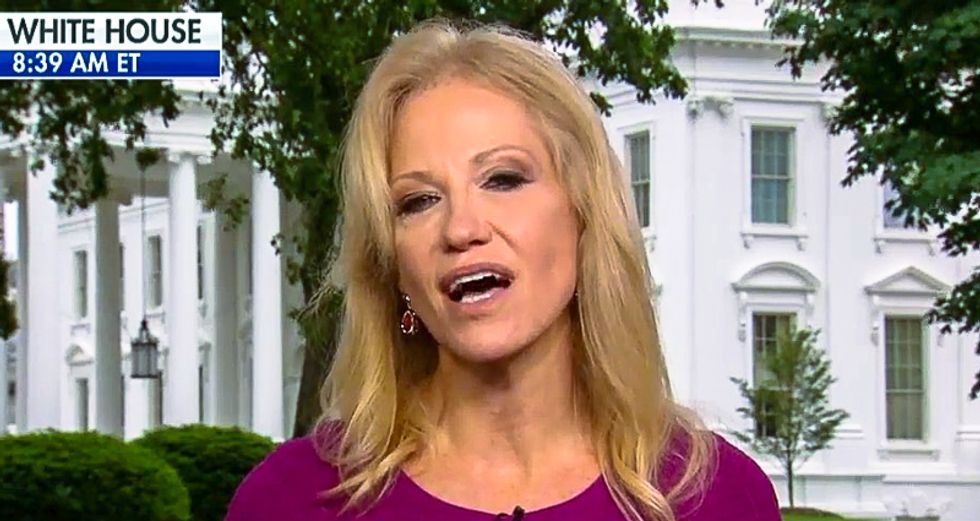 Kellyanne Conway, counselor to President Donald Trump, complained on Monday that former President Barack Obama and the Clintons only "talk about themselves."

"Whenever I hear both Clintons and even President Obama occasionally talk, I can't help but think that it's a documentary called Me, Myself and I," Conway opined. "They still just talk about themselves all the time. They have considerable, major platforms to help Americans, if not folks across the globe."

The Trump aide argued that Obama and the Clintons should contact the White House to "get involved in issues that I would say are decidedly non-partisan."

Conway went on to suggest that Obama had left the country in an "economic mess."

"This president has turned the poor economic jobs and growth numbers around," Conway added. "He inherited an economic mess."