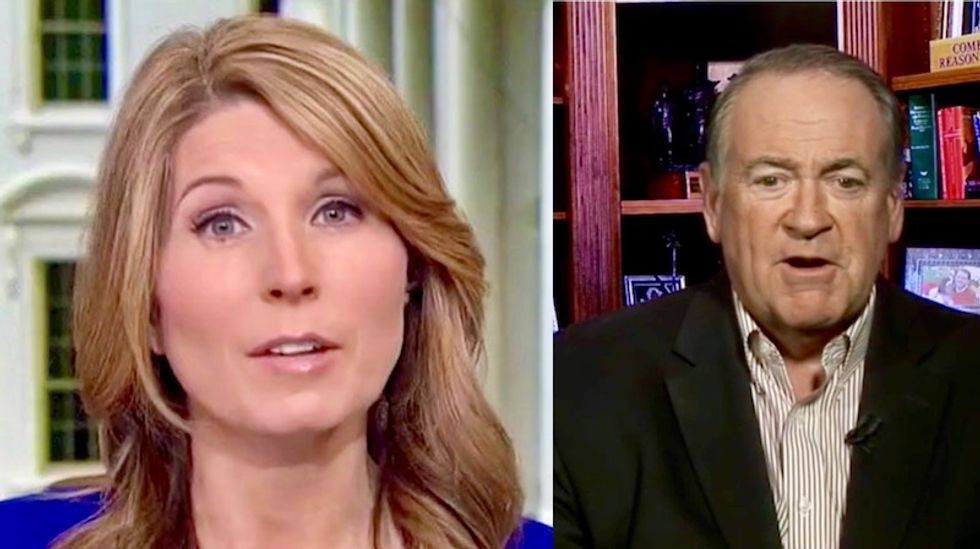 Earlier this week, Wallace wondered aloud what was wrong with the women who worked for Trump, suggesting that they must be "dead inside."

Appearing on Jeanine Pirro's Fox News show, the former Republican Arkansas governor noted that she must have been criticizing his daughter, and then criticized the Republican Wallace, who worked as the the head of media strategy for George W. Bush.

"I just don't know what happened to Nicolle Wallace," Huckabee said. "They must have done a liberal lobotomy on her. Because I've never seen somebody had such a personality change."

Huckabee was at a loss for why Republican women like Wallace would not support Trump, despite the presidemnt's own admission of sexual assault and the tawdry details of his affair with Stormy Daniels while his wife Melania was home with their newborn son.

"I think they're just jealous with people who don't agree with their liberal nonsense," he said.