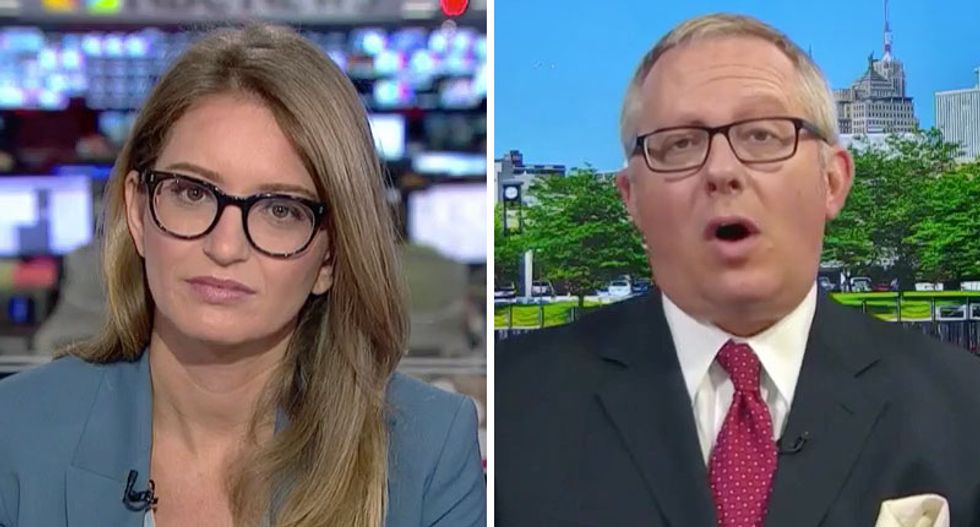 MSNBC anchor Katy Tur on Monday cornered a former top Donald Trump campaign advisor for mistruths he has stated about contacts with Russians during the 2016 presidential election.

Tur played a November 2017 clip where she interviewed Caputo, and he claimed to have never talked to any Russians about the 2016 presidential campaign.

"Michael, were you lying to me then?" Tur asked, getting straight to the point.

"No, Katy, I wasn't," Caputo argued. "I speak with Russians every day. When you ask me whether I was talking -- would I have talked to any Russians about the campaign, I did not recall any at that time."

"I have zero legal exposure, I have fulfilled my obligation to the House of Representatives permanent select Committee on Intelligence and I have zero criminal exposure," he argued. "So all the haters who are watching NBC hoping to see a perp walk, you'll be sorely disappointed."

"One last question for you: any other contacts with Russians?" Tur asked. "Any other meetings that you're now remembering?"

"Not that I recall," Caputo claimed.