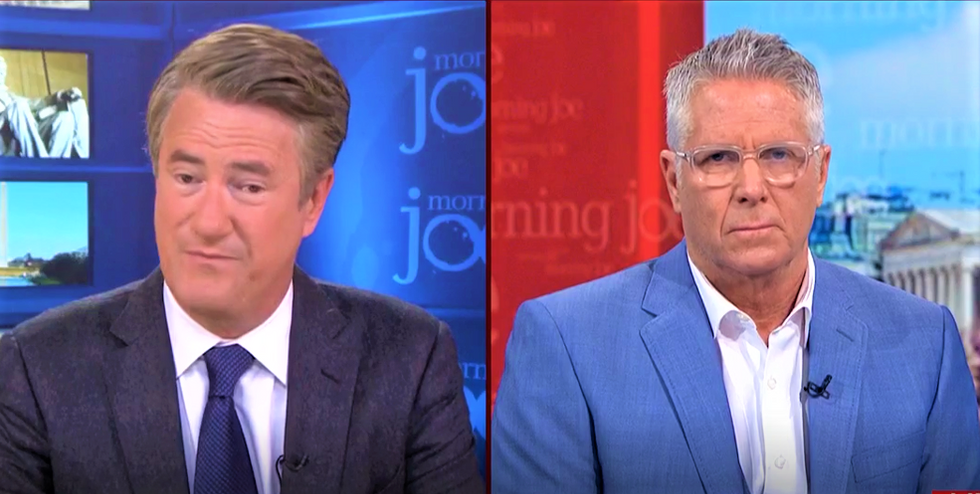 MSNBC's Donny Deutsch on Friday delivered a depressing reality: There is no way for us to ignore President Donald Trump, no matter how badly we'd like to do so.

After "Morning Joe" host Joe Scarborough speculated that people are already tuning Trump out because they're exhausted by his presidency, Deutsch said he doubts that's the case because his presidency is so disastrous that we simply can't turn away.

"There is such an unpredictability," he said. "Let's just look at this as a reality show... the thing about Donald Trump that makes him such an exceptional car wreck, which makes him, at the end of the day, a compelling entertainer, is you don't know what's coming next."

This unpredictability, as symbolized by Trump's snap decisions this week to pardon convicted right-wing felon Dinesh D'Souza and to slap large tariffs on key American allies, means that Trump will retain his power to capture our attention for the foreseeable future.

"I wish I could say... this is wearing thin," he said. "But the reality is, there's always a new trick, whether you love him or hate him."