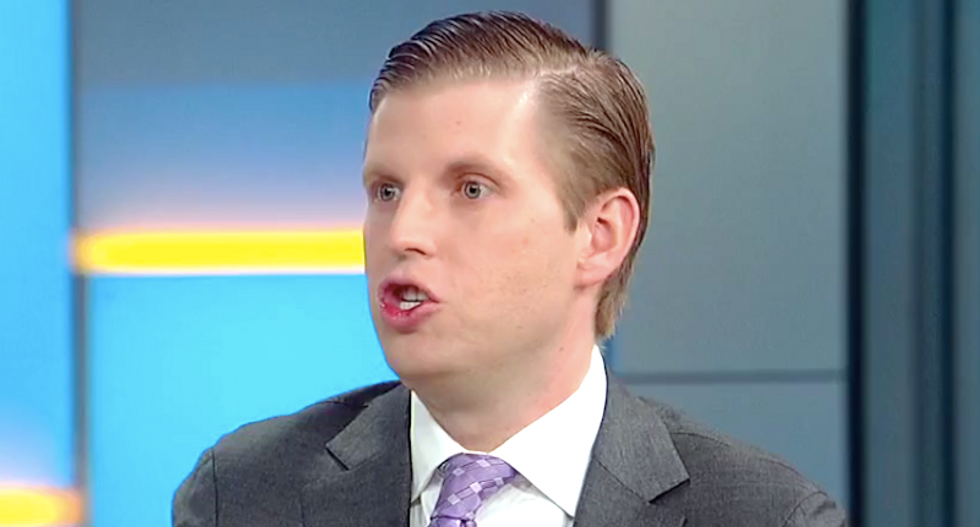 Donald Trump's charity has been sued by the New York attorney general after a two-year investigation found "sweeping violations of campaign finance laws, self-dealing and illegal coordination with the presidential campaign."

It may not stop there, reports New York's WDTV, which says that Eric Trump's foundation may also be under investigation.

Eric Trump's charity was renamed Curetivity and claims to have raised millions for St. Jude Children's Research Hospital. Eric Trump’s allegedly dispersed the funds to other entities instead.