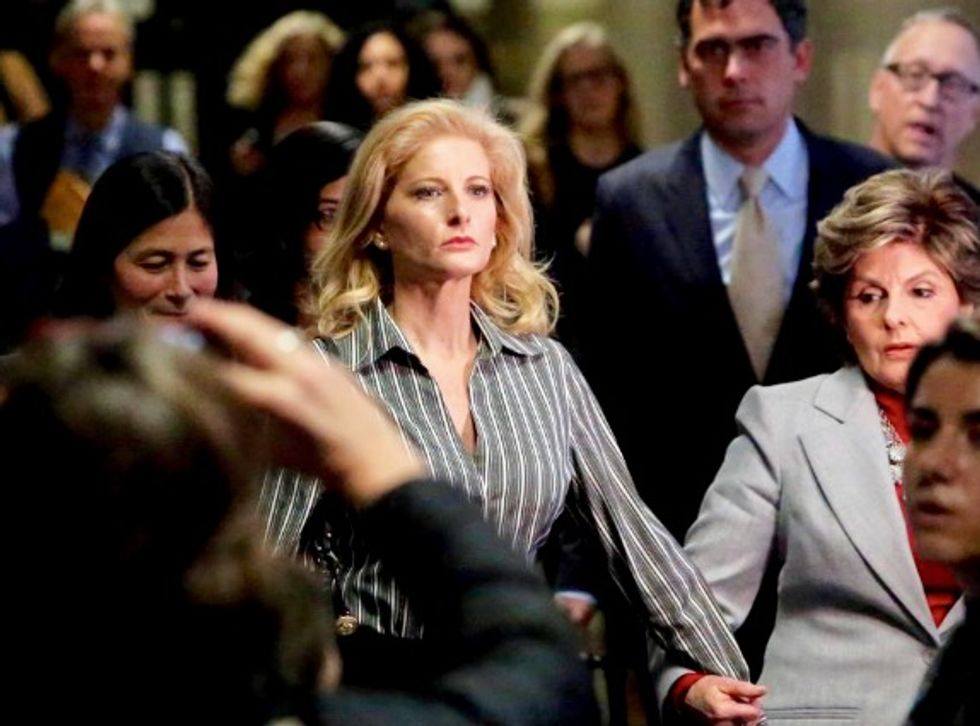 New York state’s highest court on Thursday rejected U.S. President Donald Trump’s latest bid to avoid potentially having to answer questions under oath in a defamation lawsuit by a former contestant on his television show “The Apprentice.”

The state’s Court of Appeals dismissed Trump’s request to halt Summer Zervos’ lawsuit for calling her a liar after she accused him of sexual misconduct.

It said the underlying ruling from which Trump was appealing was not a final ruling, warranting the appeal’s dismissal.

Trump and his lawyer Marc Kasowitz have argued that the U.S. Constitution deprives state courts of jurisdiction over sitting presidents, and that Trump is immune from lawsuits over private conduct predating his entering the White House.

Thursday’s order marked the third time Trump failed to end Zervos’ lawsuit or at least delay it until after he left office.

Emily Thall, a spokeswoman for Kasowitz, said Thursday’s order was on “purely procedural grounds” and did not address the merits of Trump’s case.

Mariann Wang, a lawyer for Zervos, said: “We look forward to continuing the discovery process and exposing the truth.”

Zervos, an “Apprentice” contestant in 2005, accused Trump of kissing her against her will at a 2007 meeting in New York and later groping her at a Beverly Hills hotel.

She came forward in October 2016, the month before Trump was elected, and soon after the release of a 2005 “Access Hollywood” recording in which Trump spoke in vulgar terms about women.

Several women have accused Trump of sexual misconduct or that he had affairs with them. Trump has denied wrongdoing.

At a June 5 hearing, Justice Jennifer Schecter of the state Supreme Court in Manhattan set a Jan. 31, 2019 deadline for the completion of depositions in the Zervos case, without directing that Trump be questioned.

Kasowitz said at the hearing he might ask the U.S. Supreme Court to decide whether Trump can be sued in state court.