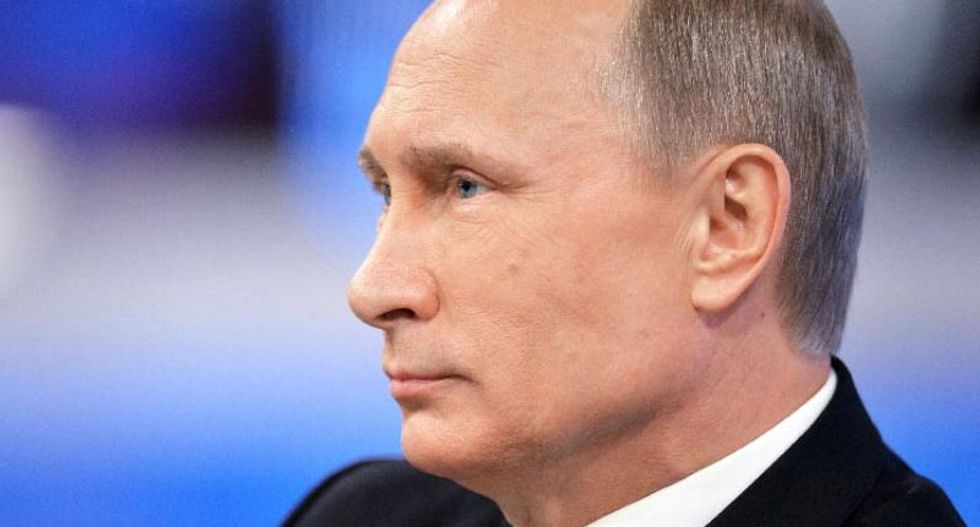 A steady stream of garbage-laden trucks moves the waste of Russia’s capital to landfills in the surrounding region. The resulting mountains of refuse emit noxious fumes and leach pollutants into nearby waters, endangering the residents of the region around Moscow.

Citizens living near these landfills have had enough.

Protests against garbage dumps have erupted in at least eight towns and villages around Moscow in the last six months. As a scholar who studies contemporary Russian politics, I believe these garbage protests reveal a crisis of basic governance that potentially poses a greater challenge to Putin’s government than pro-democracy activism.

Russian activists have come under increasing pressure since Putin returned to office in 2012. Protests have been relatively scarce after the 2011-2012 Bolotnaya demonstrations in response to election fraud.

Long-standing nongovernmental groups working on environmental and human rights issues, which relied in part on funding from abroad, have been labeled “foreign agents” by Russia’s Ministry of Justice.

At the same time, Putin’s government has cultivated more patriotic and apolitical forms of activism, such as youth groups that organize events memorializing World War II and socially oriented NGOs that work marginalized groups, including the disabled and orphans.

My research charts the changing nature of citizen activism in Russia. In the 1990s, foreign aid flooded into Russia to support democratic transition by funding causes that matched Western donors’ priorities – causes like human rights and environmentalism. Now, many of these groups struggle to survive.

In 2017, in Moscow and St. Petersburg, my research found a substantial increase in grassroots groups oriented around “civic pride” and local volunteer initiatives. These new groups focus on the preservation of green spaces, litter collection, recycling, urban beautification and historic preservation. These efforts represent a new “environmentalism of daily life” more acceptable to the government.

But these seemingly benign groups – and their expectations that citizens can partner with the government to address quality of life issues – may yet represent a political threat to Russia’s status quo.

Minchenko Consulting, a high profile Russian research and PR firm that focuses on political campaigns and elite politics, points out in a recent report that “health and children are two basic universal values” that can motivate otherwise apathetic citizens to take action.

When bread and circuses fail

All politics is local, but Moscow and its waste disposal challenges exert an outsize influence on the surrounding region, with outsized consequences for activism.

Since 2010, under the leadership of Mayor Sergei Sobyanin, Moscow has transformed into a dynamic global city, fueled by oil wealth and urban redevelopment. Moscow’s growing population and unfettered consumption mean increased waste. A report by the environmental group Greenpeace calculates that Moscow is responsible for 11 million tons of trash annually, approximately one-fifth of all waste in Russia. Only 4 percent of Moscow’s waste is recycled.

To preserve quality of life in the capital, the Moscow’s government sends streams of municipal waste into the surrounding regions. Greenpeace reports that 90 percent of Moscow’s waste goes to landfills in Moscow’s suburban region. Landfills created in the Soviet and early post-Soviet period, when there was little consumer waste, have been expanded, often with no community notification and despite being in close proximity to homes and schools. Air quality suffers as the dumps release fumes from decomposing waste.

In addition to established landfills, 52 illegal dumps were identified in the Moscow region in the first half of 2017.

As the stench rises and the public health risks – such as respiratory diseases that most acutely affect children – mount, citizen appeals to regional and national government officials have had little effect.

Local people are left with few options but protest. Demonstrations of more than 1,000 people occurred in at least eight towns and villages near Moscow. Citizens also have organized groups on VKontakte, a Russian social media platform, to coordinate petitions, block roads and even mount hunger strikes.

The biggest and most sustained garbage protests have occurred in the town of Volokolamsk, site of the Yadrovo landfill.

For months, residents have complained of foul smells, difficulty breathing, nausea and rashes. In early March 2018, local officials declared a state of emergency due to the release of gases from the dump.

Then on March 21, more than 50 children were hospitalized with symptoms of poisoning. Ekaterina Volkova, the Volokolamsk district deputy head of education,

said that the cause was presumably hydrogen sulfide seeping out of the landfill. Official measurements showed that the chemical was present at 10 times the maximum allowable concentration.

In response, 6,000 residents – more than a quarter of the Volokolamsk population – came out on the streets to demand that the landfill be closed – not simply “modernized,” as district authorities promised in the past.

Protesters carried signs with slogans such as “Stop poisoning us!” and “Don’t kill our children!” The town’s mayor pledged to try to close the landfill, even as local businesspeople supporting the protesters were detained by the police. Now Volokolamsk residents are pursuing their case in court.

The ruble stops with Putin

Garbage protests in Volokolamsk and elsewhere have exposed weaknesses in Russia’s system of political authority, often described as a “power vertical” in which government officials answer not to their constituents, but to their political superiors and ultimately to President Putin. Facing unresponsive or incompetent officials, citizens turn to Putin as the only one who can solve their problems.

In 2017, Yelena Mikhailenko called into President Putin’s annual “Direct Line” call-in show for citizens to complain about noxious emissions from the Kuchino landfill in her neighborhood which caused nausea and vomiting.

“Turning to you is our last hope,” Mikhailenko told the president.

The quick resolution of the Kuchino problem was covered favorably in the Russian media, but hardly represents a systemic response to the problem of municipal waste disposal. In fact, Putin’s recognition of what he called “the legitimate negative reaction of people” to widespread problems with trash disposal may have emboldened protesters near other landfills.

Meanwhile, Moscow regional government officials have placed tremendous pressure on those lower in the power vertical to quell the garbage protests and to allow continued transport of waste, including threatening district and town officials with arrest and loss of property.

One beleaguered head of a Moscow region district, Aleksandr Shestun, even issued a direct plea to Putin via YouTube video, outlining the threats made to his family and requesting the president’s assistance.

The fact that those on all sides of the garbage protests feel forced to “appeal to the tsar” illustrates simultaneously the president’s authority and the risk that Putin ultimately may become accountable for failures of basic governance at lower levels.

When well-intentioned citizens confront unaccountable officials, their activities can become more political. I interviewed a municipal civic group leader from St. Petersburg who works on urban ecology and waste. He commented that it has become clear that government officials are responsive not to citizens, but to those “from above” who put them in their offices.

City deputies are not influenced by elections, he lamented, implying that they owe loyalty to political elites, and are not accountable to the people.

Yet when questioned about whether he is ever concerned that the authorities will perceive his work negatively, the leader – who did not want to be identified – reflected on his vision of patriotism.

“It is my country, my city, my people,” he said. “That is more important than any bureaucrat.”

Garbage politics is nudging apolitical activism into a critique of the political system. Unabated, these trends could dent the Putin regime’s legitimacy.

By Laura A. Henry, Associate Professor of Government and Legal Studies, Bowdoin College

White House press secretary Jen Psaki was praised on Friday for the calm way she debunked the premise of a question from the far-right cable network Newsmax.

The right-wing media apparatus, which is global in scale, has lately been making a fetish of something called "critical race theory" (CRT). This has prompted academics to defend it. It's not a radical political ideology, they say. It's merely a form of critical inquiry. It is not the boogeyman it's being made out to be. There's nothing to fear.

MSNBC's Leigh Ann Caldwell reports that the first stop on Marjorie Taylor Greene and Matt Gaetz's "America First" tour will be at The Villages, a retirement community in Sumpter County, Florida.

"What this essentially is, is a fundraising tour for their joint political committees for them to raise money," Caldwell said this Friday. "Marjorie Taylor Greene has proven that she's an excellent fundraiser, although she's spent a lot of money to actually raise those funds."