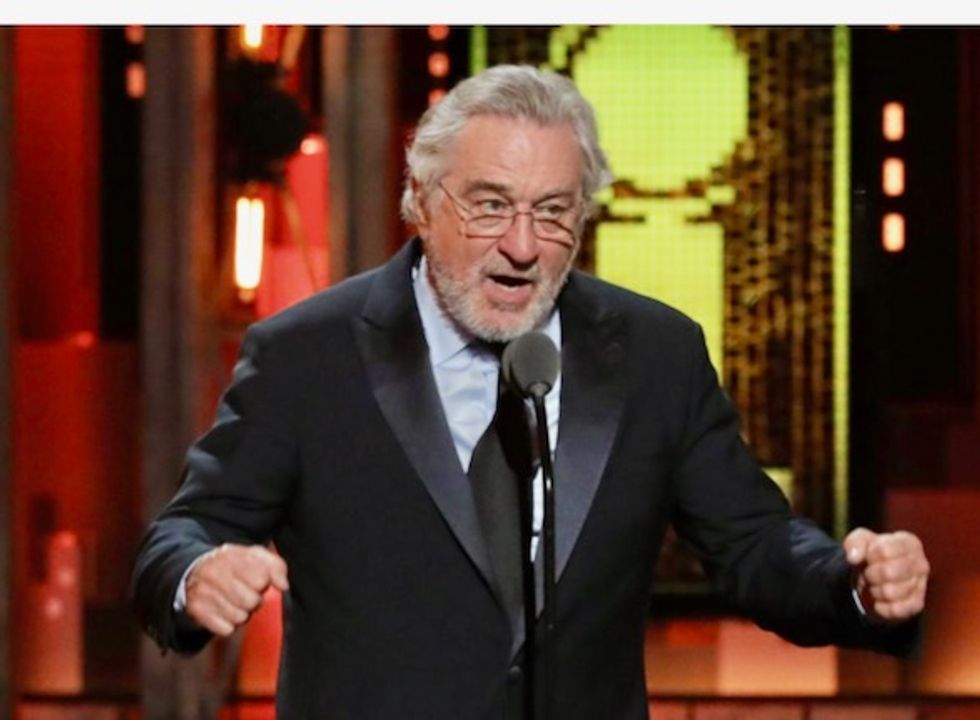 With the audience of theater actors, directors and producers shrieking and rising to their feet in applause, De Niro said: “It’s no longer down with Trump. It’s fuck Trump.”

He did not elaborate on his comment and switched immediately to a prepared introduction of Springsteen.

The expletive, known as the F-bomb, was bleeped by the CBS network for millions of television watchers at home, a CBS spokeswoman said. However, it was heard by those in the audience and journalists covering the awards show, which honors the best of Broadway theater.

De Niro is one of the most respected actors in the United States with two Oscar wins for “Raging Bull” and “The Godfather: Part II.”

De Niro, a noted liberal, has been increasingly critical of Trump, a Republican, at smaller showbusiness events, but none have the high profile and audience of the Tony Awards.

The Tony Awards show was seen by some six million Americans last year.