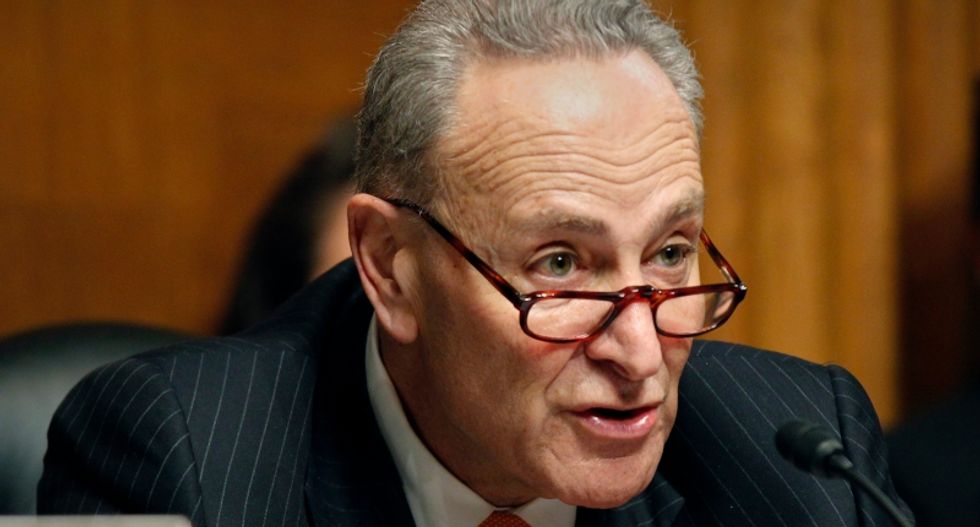 Senate Democrats on Monday told President Donald Trump not to make a deal with North Korea that leaves it in possession of nuclear weapons, and threatened to maintain economic sanctions on Pyongyang if that condition is not met.

Chuck Schumer, the Senate Democratic Leader, and ranking Democrats from national security committees, released a letter to Trump laying out five demands for any pact. They said they would not only oppose easing sanctions on North Korea but also seek to impose tougher ones if the conditions are not met.

Trump plans to hold a summit with North Korean leader Kim Jong Un on June 12 in Singapore, the latest twist in the high-stakes diplomacy over U.S. attempts to eliminate Pyongyang’s nuclear arms program.

Any plan to ease sanctions under a deal with North Korea might need congressional approval. Under Senate rules, most legislation requires 60 votes to proceed in the 100-member Senate. Since Trump’s fellow Republicans hold only 51 seats, they likely would need Democratic support.

The Democrats’ demands include North Korea dismantling and removing every nuclear, chemical and biological weapon, ending the production and enrichment of uranium and plutonium for weapons purposes and permanently dismantling its nuclear weapons infrastructure.

They said Kim must also agree to suspend all of North Korea’s ballistic missile tests and disable its programs and commit to robust compliance inspections.

“Now that the meeting will proceed as planned, we want to make sure that the president’s desire for a deal with North Korea doesn’t saddle the United States, Japan and (South) Korea with a bad deal,” Schumer told a conference call with reporters.

He said Democrats want Trump to achieve “a lasting and strong agreement,” but want him to take time to construct a deal, keep allies in mind and engage closely with Congress in the process of finalizing any pact.