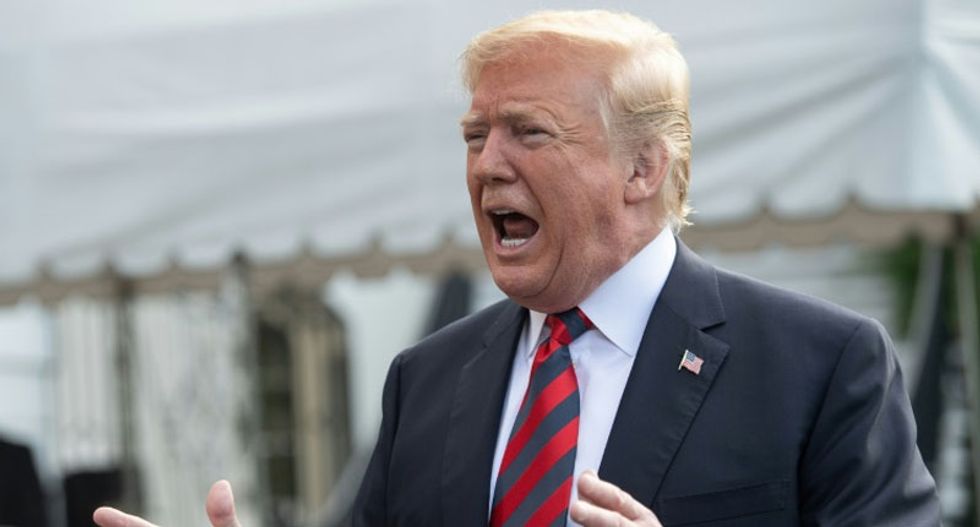 President Donald Trump on Thursday once again vouched for the innocence of Russian President Vladimir Putin when it comes to his country's interference in the 2016 presidential election.

"Russia continues to say they had nothing to do with Meddling in our Election!" the president wrote. "Where is the DNC Server, and why didn’t Shady James Comey and the now disgraced FBI agents take and closely examine it? Why isn’t Hillary/Russia being looked at? So many questions, so much corruption!"

The president's insistence on taking Putin's word that he didn't interfere flies in the face of the conclusions reached by the entire intelligence community and members of his own party.

Even the hyper-partisan report released by Republican members of the House Intelligence Committee concluded that Russia interfered directly in the 2016 election, although they hedged this by claiming that it didn't do so with the explicit intention of helping Trump get elected.

The heads of the two largest U.S. teachers' unions on Thursday roundly rejected renewed calls by Republican politicians—some of them funded by the firearms industry lobby—to arm educators following the massacre of more than 20 children and staff at a Texas elementary school.

Police officers did not act sooner to stop the 18-year-old gunman because a supervising officer at the scene wanted to wait for backup and equipment, said Steven McCraw, director of the Texas Department of Public Safety. By the time a specialized team of federal officers arrived and entered the school — they had to get keys from a janitor to open locked classroom doors — more than an hour had passed since the shooter arrived at the school, McCraw said.

The mother of a Hawkins County eighth-grader says in a lawsuit filed this week that her son was repeatedly subjected to racially-motivated attacks, and the school system did nothing to stop them.

The lawsuit, filed in U.S. District Court in Greeneville Tuesday, details a slew of racially-motivated attacks by white students, at least three of which were recorded by the students and posted on social media. Erika Qualls contends in the lawsuit she repeatedly sought help from administrators at Church Hill Middle School and Hawkins County Director of Schools Matt Hixson, but they either ignored or downplayed her complaints.