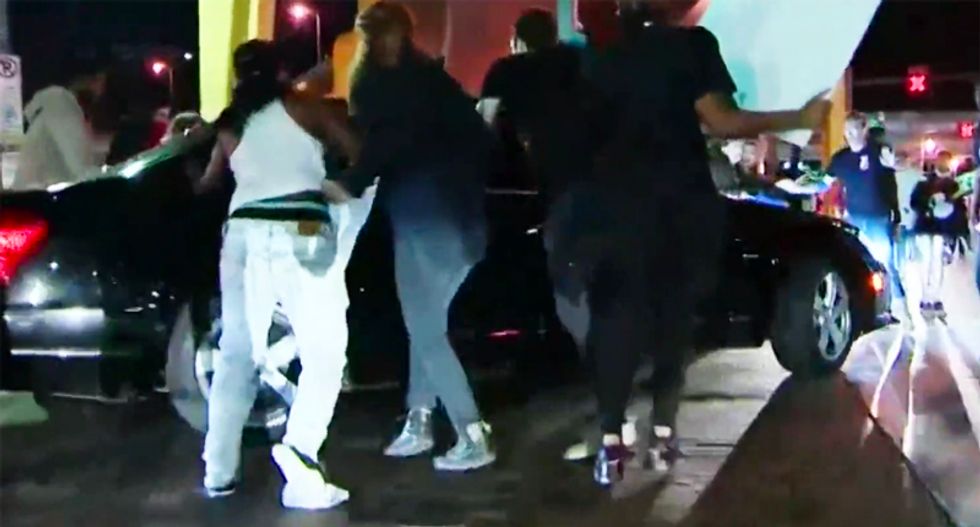 Pittsburgh police arrested four protestors and are searching for  the driver of a car that drove through the crowd late Friday night, as hundreds took to the streets to protest the shooting death of unarmed black teen Antwon Rose .

According to KDKA, hundreds of protesters blocked streets and chanted for justice for the third night in a row, as tensions continue to rise over the killing by a police officer who had just been sworn in hours before shooting the fleeing Rose in in the back.

During the protest a a black sedan drove through the crowd and was chased by bystanders, but no injuries were reported.

The 17-year-old Rose was shot by the officer three times on Tuesday as he attempted to flee during a stop.

Police investigators are still pouring over evidence in the shooting while activists have called for homicide charges to filed against the police officer.

Watch video of the protest and car below via KDKA: