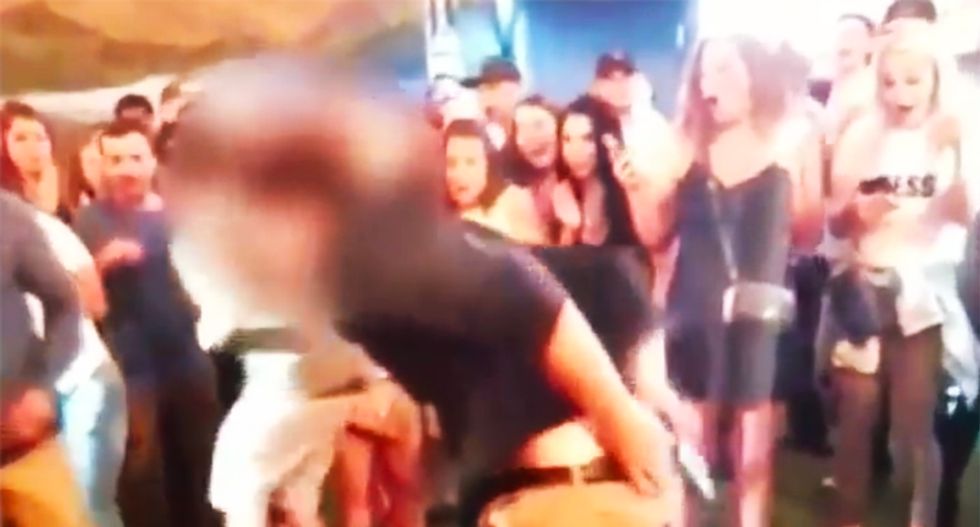 Police in Denver are investigating an off-duty FBI agent who was showing off his moves on a dance floor when he dropped his gun which then fired, hitting and wounding a bystander.

According to KMGH, the unidentified agent was in the Mile High Spirits Distillery and Tasting Bar in Denver at about 12:45 AM on Saturday when he attempted a back flip, causing his service weapon to fall out of his waistband. As the gun hit the floor, it discharged, hitting a man in the crowd in the lower leg.

In the video, you can see the agent quickly pick up the gun and hustle off the floor as the crowd around him reacts to the shooting.

The agent was subsequently taken into custody by Denver police before being released to an FBI investigator.

According to the report, the shooting victim was taken to a local hospital for treatment on his leg.