Watch: A man takes a knee during Trump's NFL-less celebration 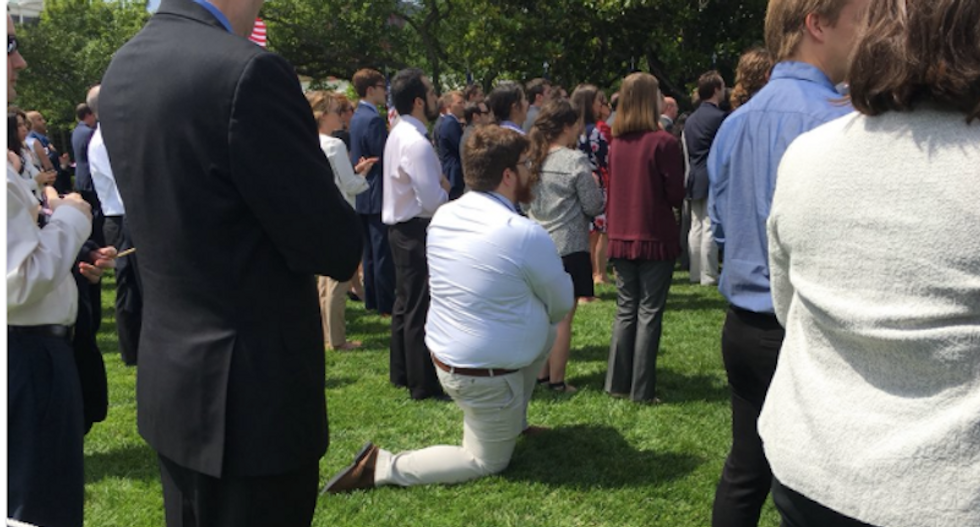 On Tuesday, the controversy over Donald Trump's attacks on NFL players protesting social injustice by kneeling during the national anthem continued. In a press briefing, CNN reporter April Ryan grilled Sarah Huckabee Sanders about whether the President was aware that the players aren't disrespecting the flag, but rather protesting racial injustice.

Meanwhile, as Donald Trump struggled to remember all the words to “God Bless America” today, a man in the audience made his position clear. As audience members wanly waved tiny American flags, a man kneeled in solidarity with the players.

The moment was captured by journalist Carina Bergfedlt.