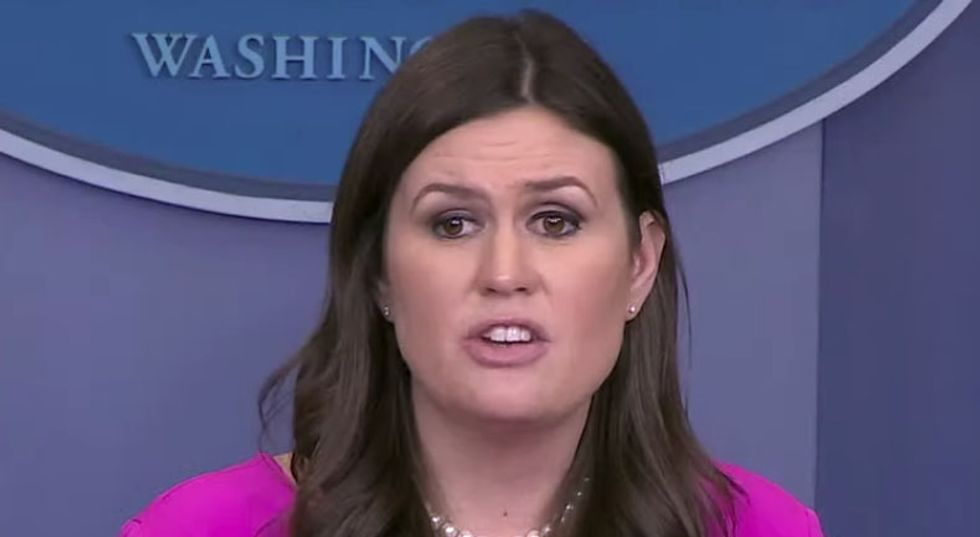 White House press secretary Sarah Huckabee Sanders was refused service at a restaurant three hours outside of Washington, DC, setting of a wave of internet mockery.

"First mothers are forcibly separated from their children and now Sarah is separated from her food for a few moments," comedian Ricky Gervais tweeted. "The trauma caused in the second case is definitely worse."

Here are some more of the best responses:

@PressSec @maggieNYT @POTUS With all due respect, Ms. Sanders, I think you are confused about what the word “respectfully” means.
— matt parks (@matt parks) 1529769041.0

@PressSec @POTUS Also there are children in cages, your buddies are still trying to ruin health insurance for every… https://t.co/eWW1hFIzBU
— Thee Midgetmen (@Thee Midgetmen) 1529770568.0