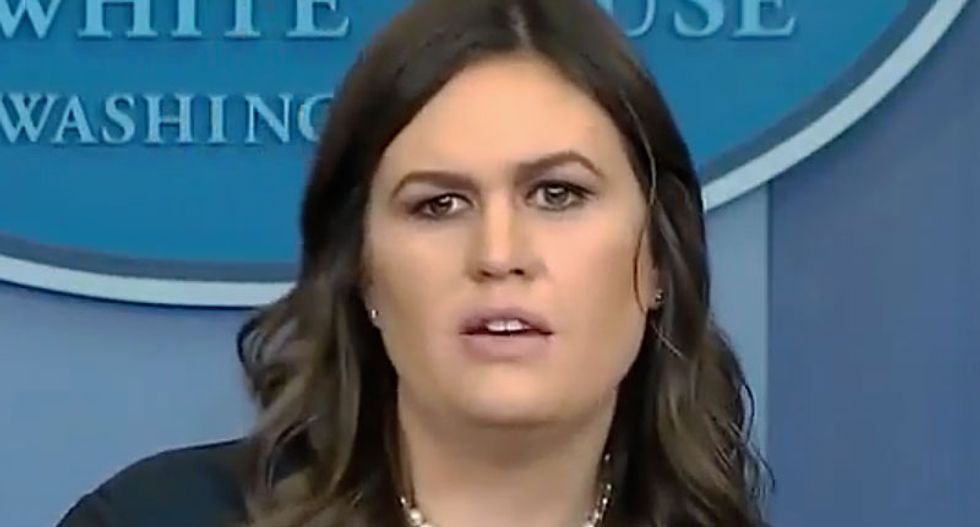 White House Press Secretary Sarah Huckabee Sanders was reportedly denied dinner a restaurant in rural Virginia on Friday night, setting off a barrage of negative online reviews of the establishment.

UPDATE: Sarah Sanders lashes out at restaurant owner for booting her out because ‘I work for POTUS’

After not holding a briefing on Friday, the press secretary reportedly travelled 180 miles to Lexington, Virginia to eat dinner.

Jaike Foley-Schultz, who claims to be a waiter at the Red Hen in Lexington, said that Huckabee Sanders was reportedly kicked out of the restaurant within minutes of entering.

"I just served Sarah Huckabee Sanders for a total of 2 minutes before my owner kicked her out along with 7 of her other family members," Foley-Schultz claimed on Facebook.

The report went viral after Brennan Gilmore, the executive director of Clean Virginia, tweeted out the story.

News that Sarah Huckabee Sanders was kicked out of the restaurant quickly angered supporters of President Donald Trump, who lashed out at the establishment in online reviews.

"I have a 'moral conviction' to never visit this place," wrote Amy Elizabeth, a legal fellow at the right-wing Heritage Foundation.

Steve Jadus, who lives in Wyoming and has a Facebook profile picture featuring a "Make America Great Again" hat, lashed out at the restaurant two time zones away.

Another reviewer, Jacob Long Smith, from Nebraska, seemed to think the restaurant was in DC, not three hours to the southwest in Virginia.

"I stopped by The Red Hen for a bite when I took my family to visit DC last week. The place is absolutely filthy," he claimed. "The utensils were sticky and covered in rust and the bathroom was soaked with piss and smelled like a sewer."

Other reviewers praised the morality of the owner.

"Thank you for not serving that liar," Megan Ruth posted.

"An excellent restaurant," Jeff Campbell posted. "Not only is the food delicious, they clearly care deeply about the ambiance."