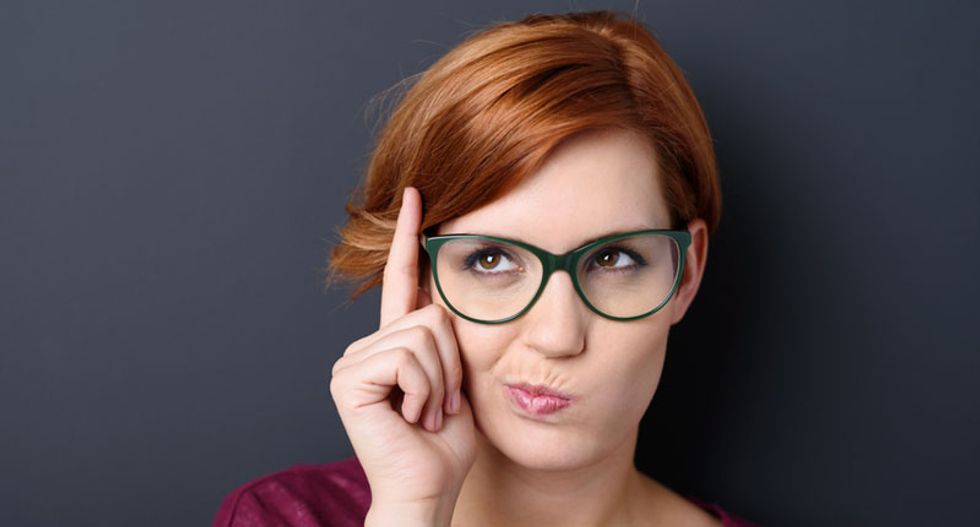 A woman thinking about the future (Shutterstock)

From coffee table books and social media to popular science lectures, it seems it has has become increasing fashionable for neuroscientists, philosophers and other commentators to tell anyone that will listen that free will is a myth.

But why is this debate relevant to anyone but a philosophy student keen to impress a potential date? Actually, a growing body of evidence from psychology suggests belief in free will matters enormously for our behaviour. It is also becoming clear that how we talk about free will affect whether we believe in it.

In the lab, using deterministic arguments to undermine people’s belief in free will has led to a number of negative outcomes including increased cheating and aggression. It has also been linked to a reduction in helping behaviours and lowered feelings of gratitude.

A recent study showed that it is possible to diminish people’s belief in free will by simply making them read a science article suggesting that everything is predetermined. This made the participants’ less willing to donate to charitable causes (compared to a control group). This was only observed in non-religious participants, however.

Scientists argue that these outcomes may be the result of a diminished sense of agency and control that comes with believing that we are free to make choices. Similarly, we may also feel less moral responsibility for the outcomes of our actions.

It may therefore be unsurprising that some studies have shown that people who believe in free will are more likely to have positive life outcomes – such as happiness, academic success and better work performance

. However, the relationship between free will belief and life outcomes may be complex so this association is still debated.

Language and definitions seem linked to whether we believe in free will. Those who refute the existence of free will typically refer to a philosophical definition of free will as an ability of our consciousness (or soul) to make any decision it chooses – regardless of brain processes or preceding causal events. To undermine it, they often couple it with the “determinism” of classical physics. Newton’s laws of physics simply don’t allow for free will to exist – once a physical system is set in motion, it follows a completely predictable path.

According to fundamental physics, everything that happens in the universe is encoded in its initial conditions. From the Big Bang onward, mechanical cause-and-effect interactions of atoms formed stars, planets, life and eventually your DNA and your brain. It was inevitable. Your physical brain was therefore always destined to process information exactly as does, so every decision that you are ever going to make is predetermined. You (your consciousness) are a mere bystander – your brain is in charge of you. Therefore you have no free will. This argument is known as determinism.

But this approach is absurdly dualistic, requiring people to see their consciousness as their true self and their brain as something separate. Despite being an accurate description of the philosophical definition of free will, this flies in the face of what ordinary people – and many scientists – actually believe.

Most people define free will as simply their capacity to make choices that fulfil their desires – free from constraints.

This lay understanding of free will doesn’t really involve arguments about deterministic causation stretching back to the Big Bang.

But how could we learn about the arguments for and against the existence of free will without feeling threatened and having our moral judgement undermined? One way could be to re-express valid deterministic arguments in language that people actually use.

For example, when the determinist argues that “cause-and-effect interactions since the Big Bang fashioned the universe and your brain in a way that has made your every decision inevitable”, we could replace it with more familiar language. For example, “your family inheritance and life experience made you the person you are by forming your brain and mind”.

In my view, both arguments are equally deterministic – “family inheritance” is another way of saying DNA while “life experiences” is a less challenging way of saying prior causal events. But, importantly, the latter allows for a greater feeling of freedom, potentially reducing any possible negative impacts on behaviour.

Some even argue that the notion of scientific determinism is being challenged by the rise of quantum mechanics, which governs the micro world of atoms and particles. According to quantum mechanics, you cannot predict with certainty what route a particle will take to reach a target – even if you know all its initial conditions. All you can do is to calculate a probability, which implies that nature is a lot less predictable than we thought. In fact, it is only when you actually measure a particle’s path that it “picks” a specific trajectory – until then it can take several routes at once.

While quantum effects such as these tend to disappear on the scale of people and everyday objects, it has recently been shown that they may play a role in some biological processes, ranging from photosynthesis to bird navigation. So far we have no evidence that they play any role in the human brain – but, of course, that’s not to say they don’t.

People using a philosophical definition and classical physics may argue convincingly against the existence of free will. However, they may want to note that modern physics does not necessarily agree that free will is impossible.

Ultimately, whether free will exists or not may depend on your definition. If you wish to deny its existence, you should do so responsibly by first defining the concepts clearly. And be aware that this may affect your life a lot more than you think.

By Peter Gooding, PhD Candidate of Psychology, University of Essex