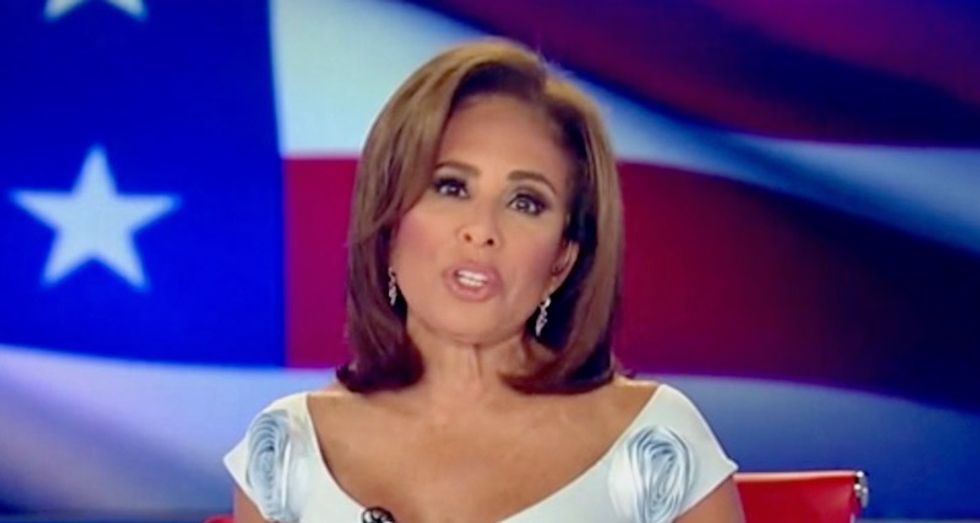 "Despite a media focused on a whack-a-mole Russia collusion nonsense and the haters continuing to hate, the outsider president has thundered forward with his America first agenda," she said. "And with a kryptonite-proof aura of invincibility, the 45th outsider president, often working without the support of his own party, has produced a GDP that no one thought possible."

Pirro's monologue focused on the success of the economy under Trump.

"The left doesn't care about our economic success," she said. "All they want to do is make noise. But it's nothing more than background noise. White noise. The truth? No one is paying attention to them. [Trump's] numbers continue to increase and his popularity just keeps going up."

After he met with Putin and was accused of everything from collusion to treason—an offense punishable by death—his numbers continued to go up. When are they going to realize their yelling and screaming is nothing but a distraction? Nobody cares."