Fox's Jeanine Pirro insists Trump is not a traitor: 'What was he supposed to do, take a gun out and shoot Putin?' 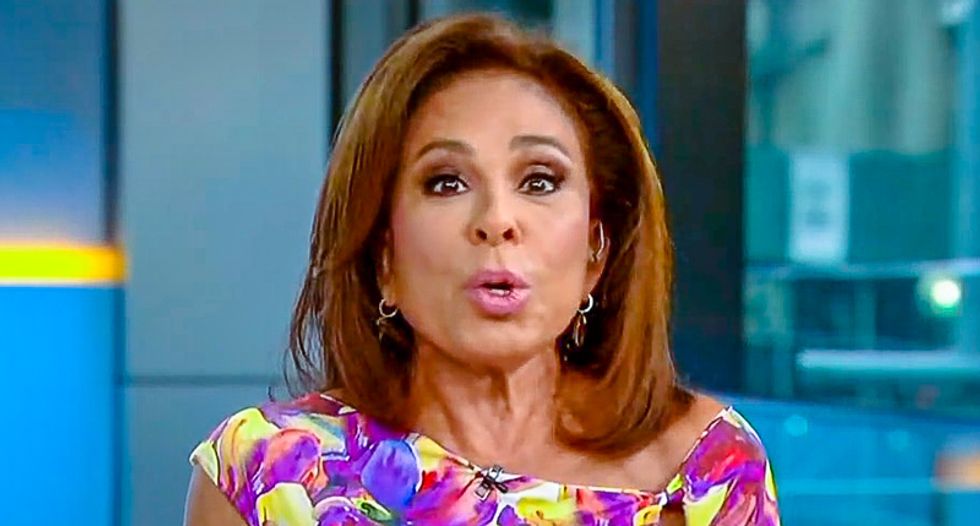 On Tuesday's edition of Fox & Friends, Pirro blasted former CIA Director John Brennan for suggesting Trump is a traitor to his country because he gave aid and comfort to Putin.

"John Brennan is the epitome of the swamp," Pirro complained. "For this guy to talk about treason as it relates to Donald Trump is absurd."

"He is the one who peddled the [Steele] dossier," she continued. "He is the one who knew that Hillary Clinton paid for a fake dossier. Then went all over Washington and started the investigation against Donald Trump. You think he is biased?"

According to Pirro, the former CIA director "doesn't understand the definition of treason."

"Treason is when you try to overthrow government, kill the leader in times of war, okay?" she ranted. "Now what the president was doing by going over there is recognizing that Russia is the biggest nuclear power, Russia and United States. He has to make sure that we are safe."

"Come on, snap out of it, everybody," Pirro added. "The guy is doing what he is supposed to be doing, that is protecting us. What was he supposed to do, take a gun out and shoot Putin? Putin said he didn’t meddle in the election of the president. Should [Trump] say hang on, let me execute this guy?"