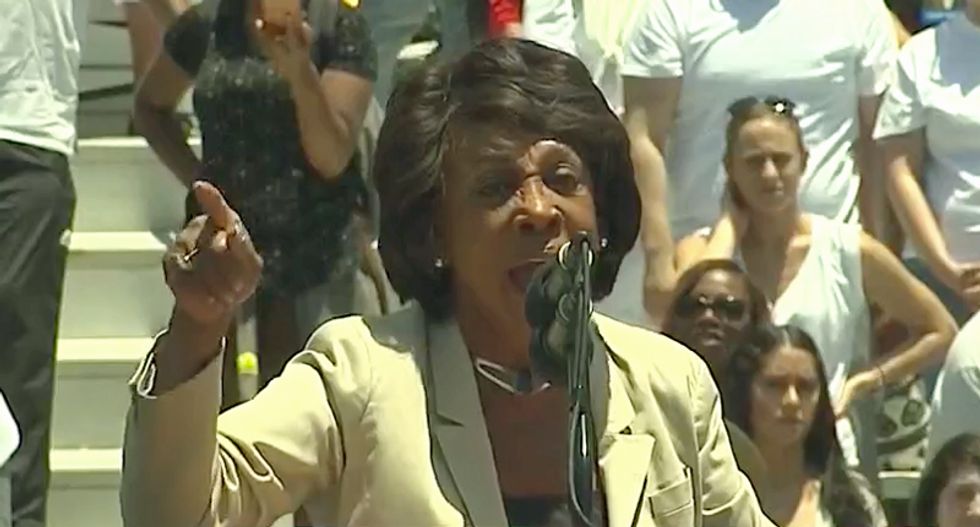 On Tuesday, Rep. Maxine Waters' office in Los Angeles had to be evacuated by first responders in Hazmat suits, after they received a package labeled Anthrax, TMZ reports.

Waters has advocated for protests against the policies of the Trump administration and the officials who carry them out. An outspoken critic of the President, Waters has reported received multiple death threats.