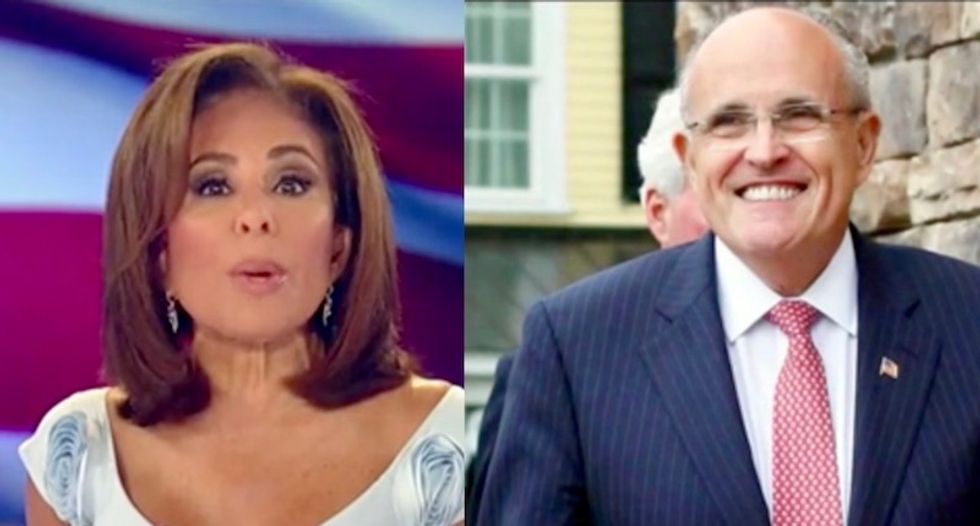 President Donald Trump's personal attorney, Rudy Giuliani, went on Fox News on Saturday night and suggested that former presidential fixer Michael Cohen doctored a tape of Trump discussing a hush-money payout to a Playboy Playmate who he had an affair with.

On Jeanine Pirro's Saturday night show, Giuliani told Pirro that Cohen may have "played around" with the tapes of the future president discussing the payouts.

"[Cohen] abruptly ended that recording as soon as the president said the word check," Giuliani said. "What we are investigating is how did that happen. Why did that happen? What was eliminated? Then you have to raise these questions with every one of these tapes. How many of them did he play around with? He has 180 tapes."

Giuliani said that Cohen had "tampered with" the tape.

His definition of tampering was, however, atypical.

"We have determined the fact that he tampered with the tape in the sense he abruptly, mid-conversation, turned it off," Giuliani said.

The man charged with killing 10 people in a US supermarket shooting spree is not fit to stand trial, media reported Friday.

Syrian-born Ahmad Alissa, 22, is accused of indiscriminately gunning down his victims in a Colorado store in March.