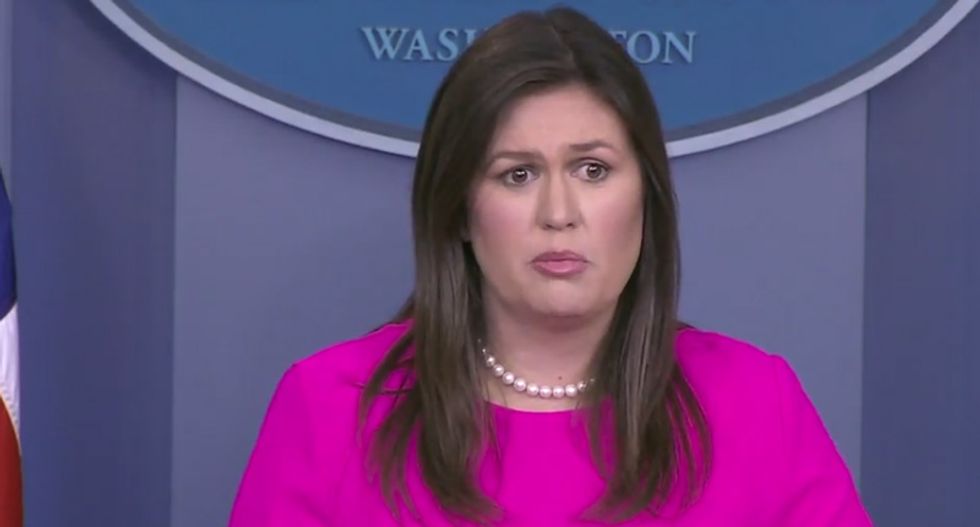 Reporters grilled White House press secretary Sarah Sanders on Monday after she said President Donald Trump was considering revoking the security clearances of former officials who have criticized him.

"The president is threatening to punish Brennan and Comey and Clapper for saying things that he does not like. Is that presidential?" a reporter asked.

"The president is exploring these mechanism to remove security clearance because they've politicized, and in some cases, actually monetized their public service," Sanders replied, reading from a prepared statement.

"Their free speech he doesn't like -- and he wants to punish them for it?" the reporter shot back.

"No, I think that you're creating your own story," Sanders insisted.