Trump says US may pursue separate trade deal with Mexico 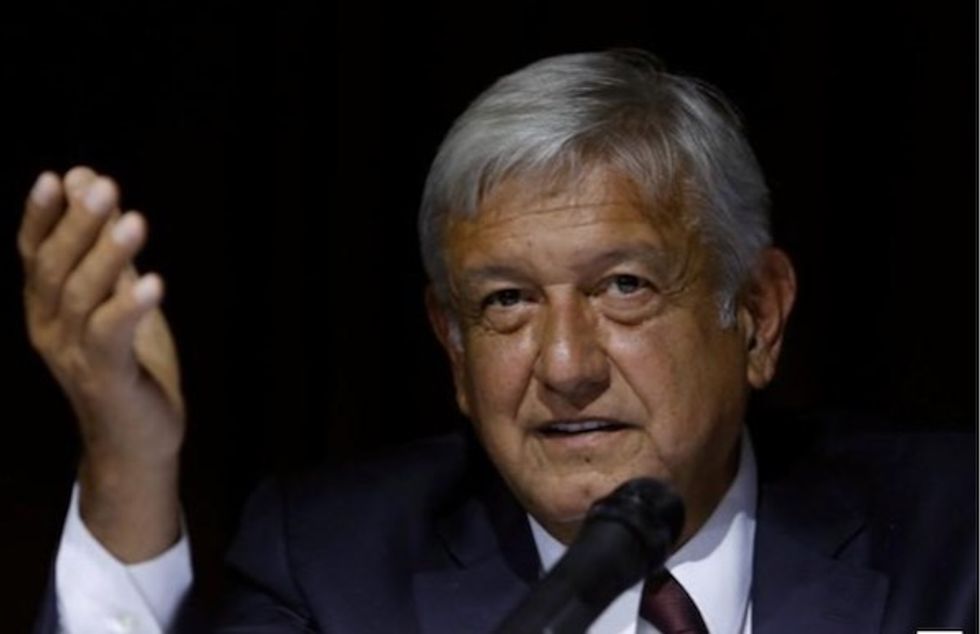 President Donald Trump said on Wednesday the United States may hammer out a trade deal with Mexico, and then do a separate one with Canada later, sowing fresh doubts about the future of the North American Free Trade Agreement (NAFTA).

“We have had very good sessions with Mexico and with the new president of Mexico, who won overwhelmingly, and we’re doing very well on our trade agreement,” Trump said to reporters ahead of a meeting of his cabinet at the White House.

“So we’ll see what happens. We may do a deal separately with Mexico and we’ll negotiate with Canada at a later time. But we’re having very good discussions with Mexico.”

However, the negotiations that started last August have moved slowly. They were initially scheduled to finish by the end of 2017, but the deadline has been extended several times as Canada and Mexico struggle to accommodate U.S. demands.

Mexico’s President-elect Andres Manuel Lopez Obrador has said he wants a good relationship with the United States and that his transition team will participate in future NAFTA talks. He met with Secretary of State Mike Pompeo last week.

Mexican Economy Minister Ildefonso Guajardo said on Wednesday that he would travel to Washington for bilateral trade talks on July 26 and would later meet with Canadian officials.

White House Press Secretary Sarah Sanders, asked whether trilateral talks and separate Canadian talks were off the table, said: “We’re continuing both of those tracks. We see a lot of progress on the conversations with Mexico, and if we could make a bilateral deal with them, we’re certainly very happy to do that. But, again, we’re continuing both conversations, both tracks.”

At the cabinet meeting on Wednesday, Pompeo said he hoped there would be progress on trade talks soon.

“We made clear to them (Mexico) that the migration issue must be resolved and we need to have strong borders,” he said about last week’s visit.

“We talked to them about trade. There will be more, I think, in the coming days to talk about - the progress we’re making on trying to resolve the issues on NAFTA. I’m very hopeful there.”

Trump is taking a more aggressive, protectionist posture on trade than his recent predecessors, which has sparked retaliatory measures from countries around the world.

The United States launched World Trade Organization dispute actions against its North American neighbors on Monday, as well as China, the European Union and Turkey, to challenge tariffs the countries put in place following U.S. duties on steel and aluminum.

Reporting by Roberta Rampton; Writing by by Lisa Lambert and David Lawder; Editing by Rosalba O'Brien and Lisa Shumaker