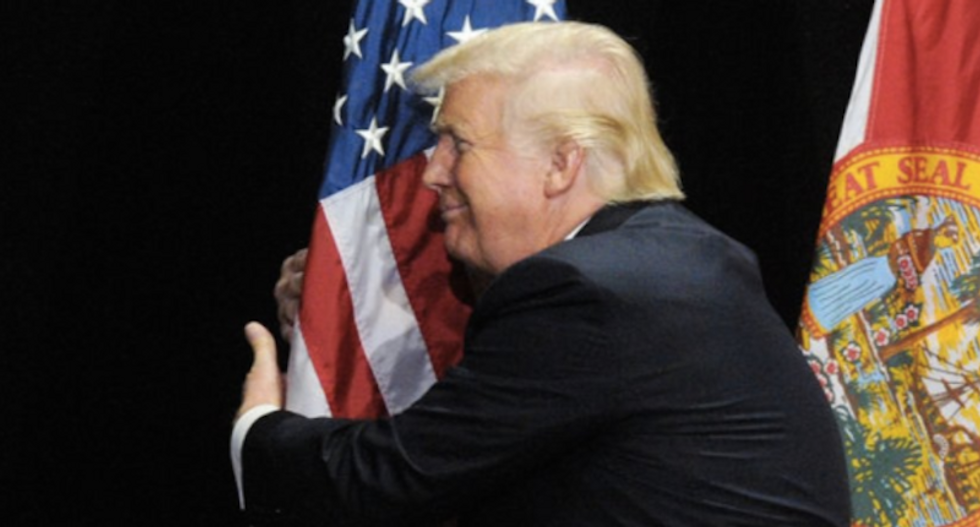 President Donald Trump's White House released an official statement via its Twitter feed in which it misspelled "United States."

The tweet was a quote from Trump's speech touting economic growth in the U.S. during his presidency.

"If economic growth continues at this pace, the United Sates (sic) economy will double in size more than 10 years faster than it would have under President Bush or President Obama," the statement reads. 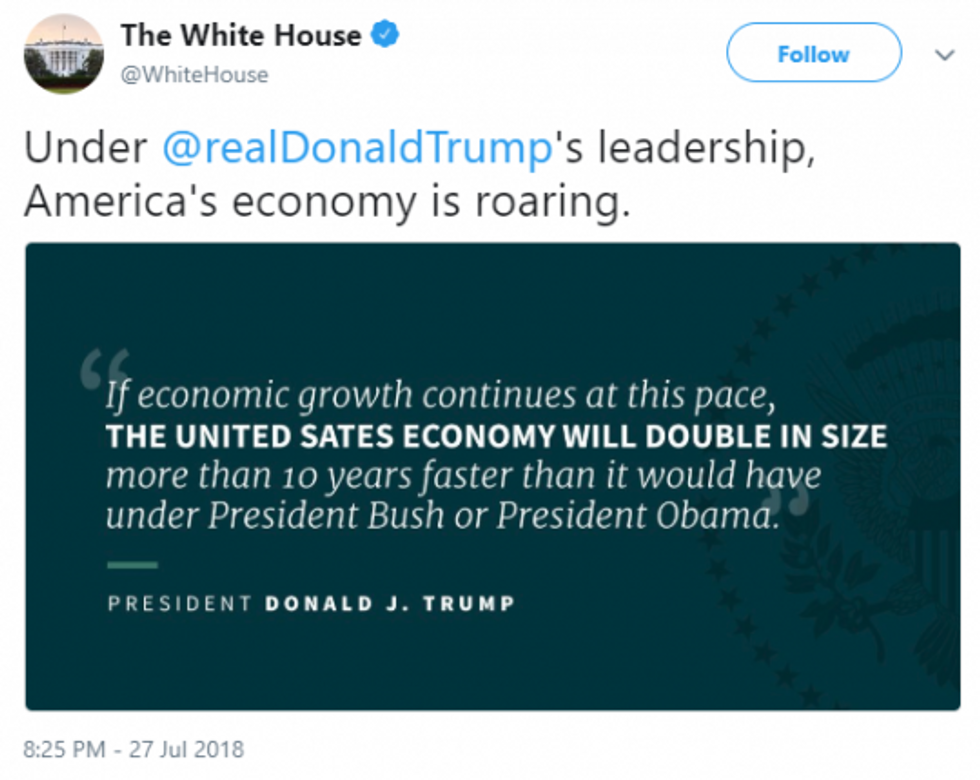 Poor spelling has long been a hallmark of the Trump White House, as it has in the past attacked the Congressional Budget Office for alleged inaccuracy while misspelling the word "inaccurately."

Additionally, Trump himself has regularly misspelled a wide assortment of words, including the name of his wife, whom he dubbed "Melanie" when he welcomed her back from a hospital visit.