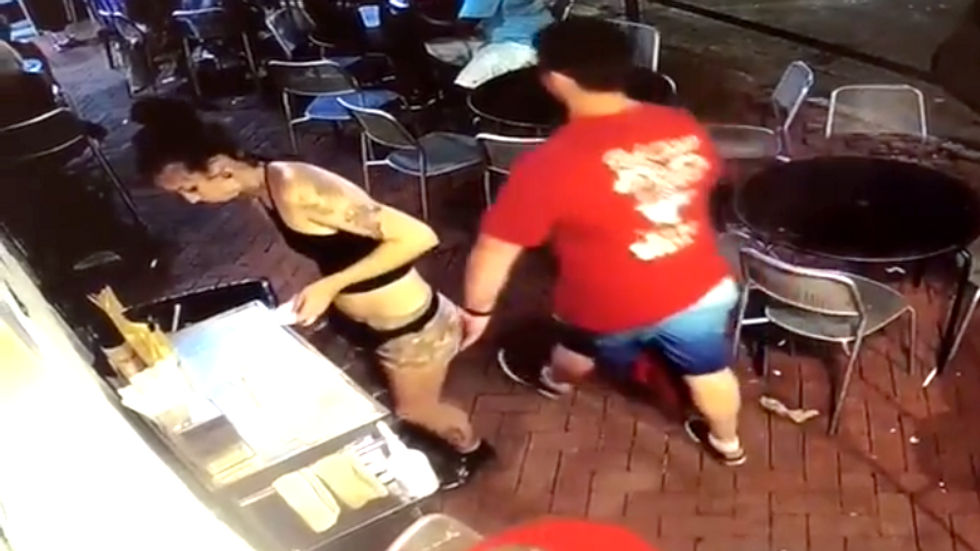 A man grabbing Emelia Holden's behind. [Photo: screengrab from video]

Emelia Holden, 21, works at Vinnie Van Go-Go's in Savannah, Georgia. As she was sorting menus a customer walked past her and grabbed her behind, reported The Sun.

Before the unidentified man could take another step, a video shows Holden body slamming him against the wall. She then yelled at the man, and told her co-workers to call the police.

"I just did what I felt was best. I took the guy down and had my co-workers call the police," she said.

After police saw the security footage the man was arrested.

"As soon as the cops saw the CCTV footage, they immediately arrested the man. He sat in jail until Monday so in my opinion, he got what he deserved," Holden said.