WATCH: Man claiming to be with a progressive news org hauled out of Trump-Putin presser in Helsinki 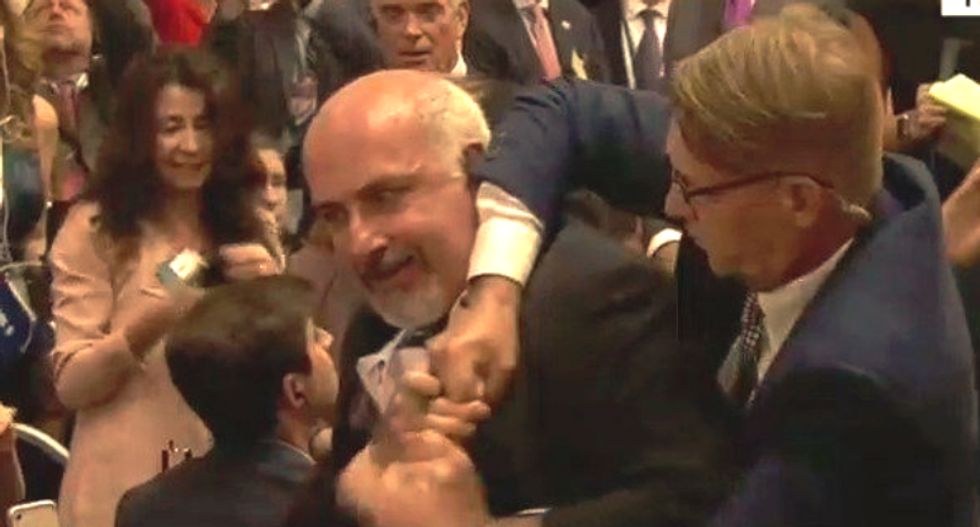 A man claiming to be a reporter from The Nation struggling with security guards at the Trump-Putin press conference in Helsinki. Image via screengrab.

A man purporting to be a reporter with The Nation was booted from Donald Trump and Vladimir Putin's joint press conference Monday following their meeting after holding a sign that referenced the 1963 Partial Test Ban Treaty between the United States and then-USSR.

According to CNN's Jim Acosta, the man claiming to be with the progressive Nation magazine was escorted out of the press conference as reporters awaited Trump and Putin, but was allowed back in to gather his things. It appears that the man began resisting security officers upon his re-entry, and was then "forcibly ejected."

Raw Story has reached out to The Nation for information about the man claiming to be with the organization.