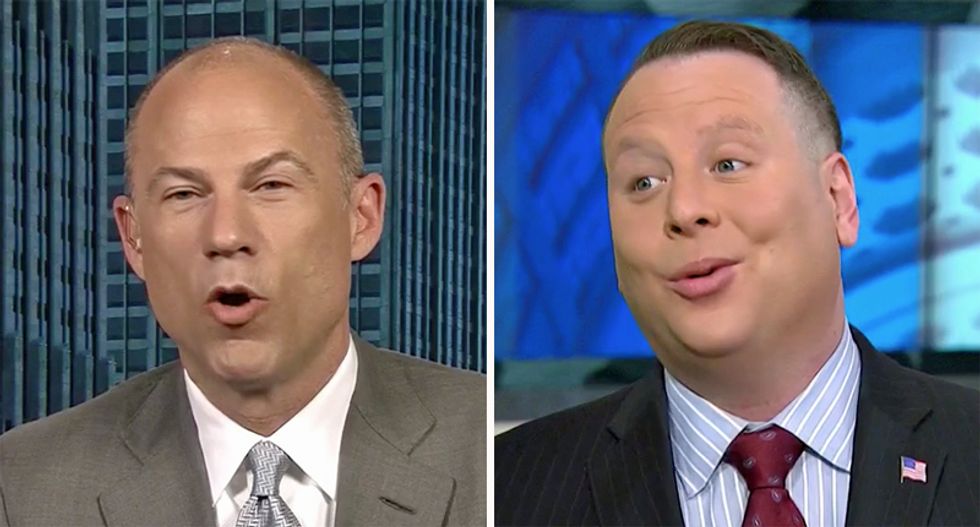 "Do you think that ultimately Donald Trump's biggest regret is going to be mistreating Michael Cohen?" host Joy Reid asked.

"It could be," Nunberg answered. "Look, all he had to do was give Michael a position in the White House -- it didn't even have to be in the West Wing -- it could have been [the Executive Office Building]."

"One of the main reasons Michael did not get the position, as I repeatedly said, was because Jared Kushner lobbied against it," he added.

Nunberg, who has long defended Giuliani's work for Trump, suggest the tape may cause him to reassess his views on the former mayor's effectiveness.

"This could be a big mistake," he worried.

“What do you make [Giluliani’s] statements attempting to mitigate the impact of this tape?” Reid asked Avenatti, about the bombshell recording of Trump discussing a payoff to a Playboy playmate, now in the hands of the FBI.

"I thought they were dumb, quite honestly," he replied. "I don't understand what he's doing."

"I think he's been nothing but a walking disaster for the president and for their legal approach to this," Avenatti added. "I don't understand why he would say that."