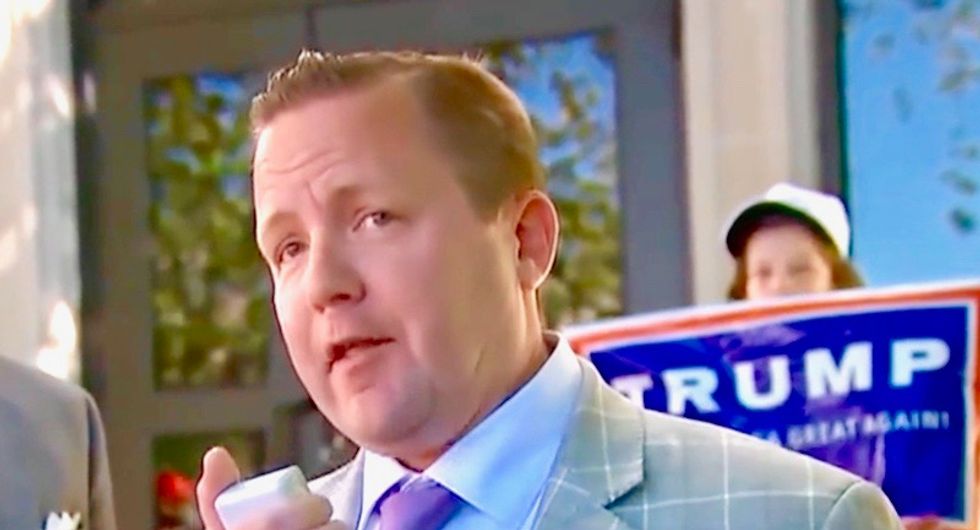 According to the Daily Beast, Rick Shaftan attacked McCain in defense of the former senator's presidential running mate Sarah Palin who was not invited to the funeral.

"A POS even in death. She was the only reason millions of Americans voted for this loser," he wrote over a Facebook post of a Huffington Post article reporting the snub.

According to the report by the Beast, Shaftan --who has served as spokesperson for the pro-Confederacy Stewart -- once referred to majority-black U.S. cities  as “shitholes” while warning against opening businesses in black communities. 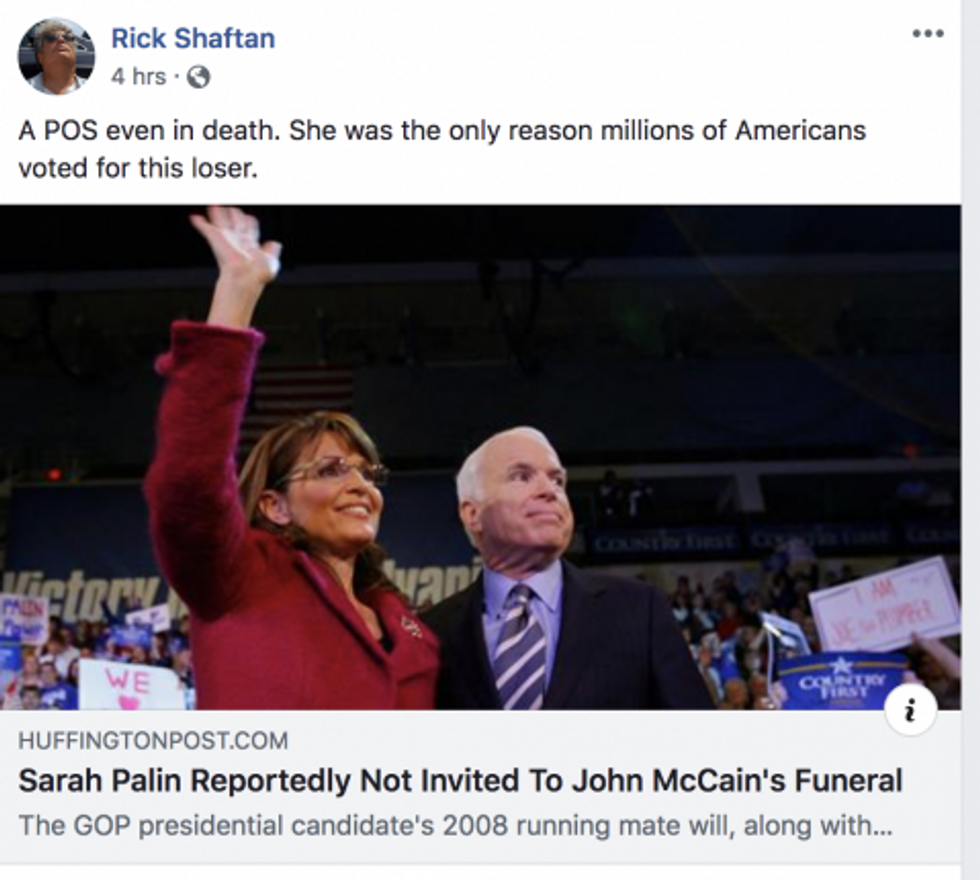