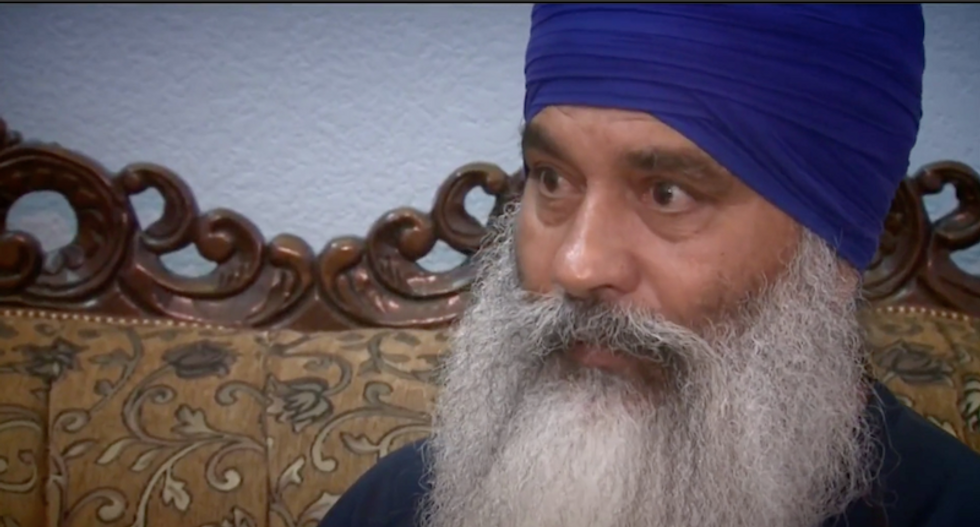 A Sacramento Sikh man was ambushed and attacked by two men who told him to "go back" to his country, CBS reports.

50-year-old Surjit Malhi had been posting signs in support of a local Republican campaign for Congress when he was confronted by two men waiting by his truck. They threw sand in his eyes, and as he tried to clear his vision began beating him in the head, neck and shoulders.

As they hit him they shouted "Go back to your country!”

Malhi, whose activism in the community includes helping the homeless and campaigning for Republican lawmakers, says he's American through and through.

“I’m American 100 percent, no doubt, so they say, go back to my country? This is my country,” Malhi told CBS. Police are investigating the attack as a hate crime.