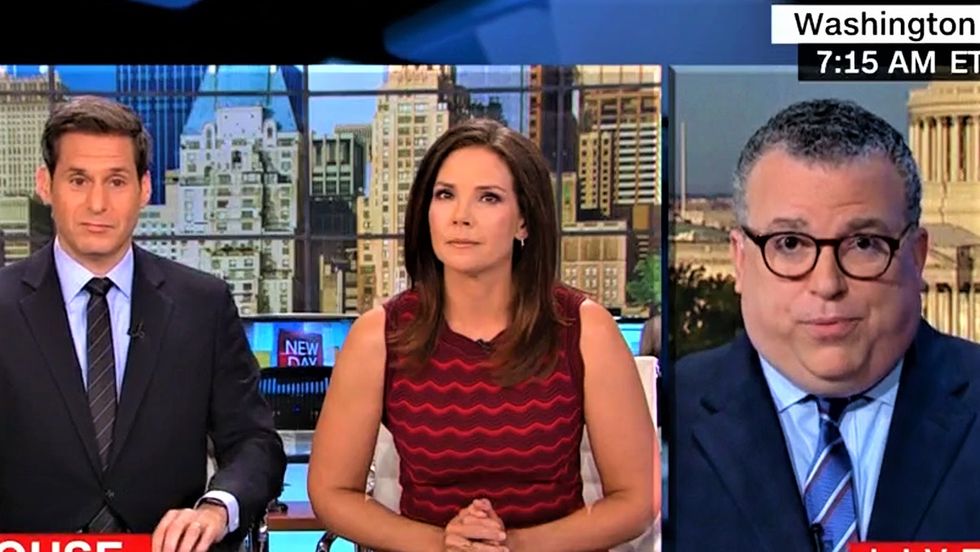 A CNN panel on Tuesday mocked President Donald Trump for his frantic efforts to discredit former aide Omarosa Manigault-Newman, who has published an explosive new book accusing the president of being a racist.

In particular, CNN's David Chalian noted that Trump is doing Omarosa a big favor by obsessively attacking her book -- in the past two days, Trump has attacked Omarosa on Twitter a total of nine different times.

"I think Donald Trump is probably going to help Omarosa sell a lot of books here because he's gotten down to her level," Chalian said. "The fact that the president of the United States is sort of spending his time trying to beat back these charges from his former reality TV co-host star that he made is just astonishing, guys."

Legal analyst Jeffrey Toobin said that Trump's strategy for attacking Omarosa shouldn't surprise anyone given that it's how he's responded to every single attack against him.

"One of the classic Donald Trump things is that he never leaves attacks unanswered," he said. "Classic PR advice: Ignore her, she'll go away. He doesn't do that. you know what, it got him elected president of the United States, so who are we to criticize?"