Ex-RNC chief slams deplorable anti-McCain politicians: 'You get to Stupidland by getting on the Trump Train' 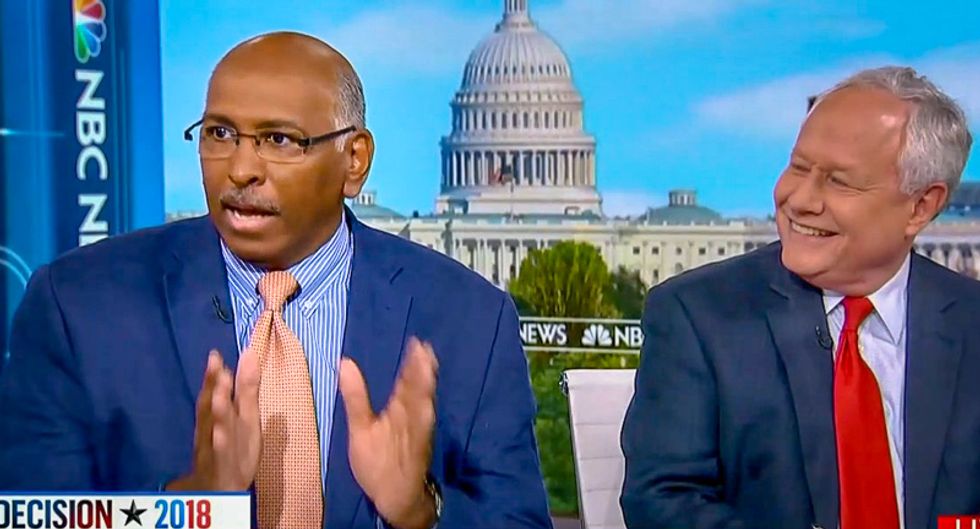 During a panel discussion on MSNBC, host Hallie Jackson noted that Arizona Senate candidates Kelli Ward and Joe Arpaio had both spoken ill of McCain while praising Trump.

"The inclination [is] to just dismiss Ward and Arpaio because they are just out in Stupidland," Steele explained.

"How do you get to Stupidland?" Jackson asked.

"You get to Stupidland by getting on the Trump Train," Steele replied. "It takes you directly there, baby, non-stop. It's not even a coach fair. It's first class all the way."

"And they're on that train," he added. "You cannot dismiss them in a primary. You cannot walk past that -- that reality -- because we don't know how that vote is breaking down."