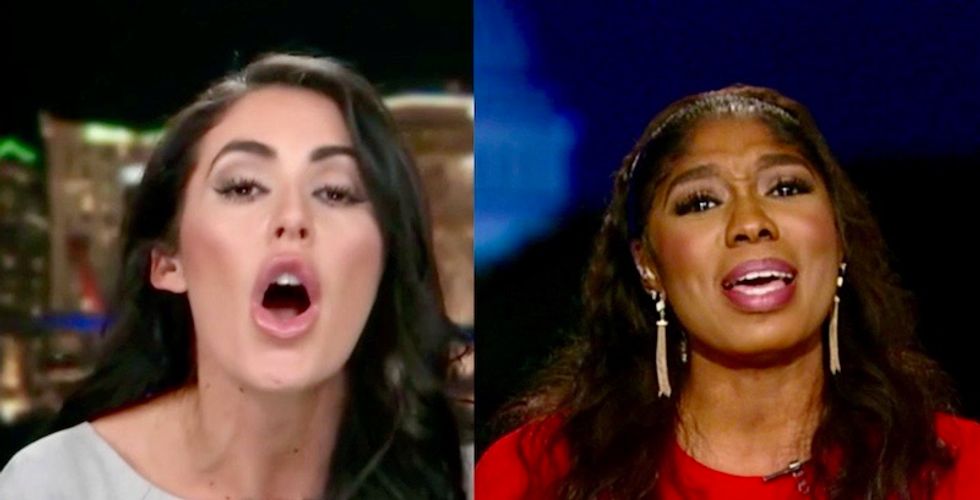 The conversation began with a discussion of James talent, character and accomplishments as opposed to Trump, which started to boil over after the two conservative voices in the segment became offended.

Things reached a crescendo when liberal Wendy Osefo, who is black, said that Trump's comments about LeBron were "borderline racist."

At that point both the host and fellow panelist Anna Paulina were screaming over Osefo.

Paulina went into "what about" mode, bringing up the attacks that have been waged against Dallas Cowboys quarterback Dak Prescott over his claim that kneeling for the national anthem doesn't accomplish anything.

"Why don't you listen to what I'm saying? What about Dak Prescott and the facts that he's been referred to as a lemonade-serving house-word-that-I'm-not-going-to-say-on-television," she said.

"This has turned into something completely ridiculous—we're unable to have a conversation so I'm just going to say to the next segment, OK?" said host Jesse Watters.