Jerry Falwell, Jr.: Trump's right to be a jerk is 'exactly why our Founders fought in the Revolutionary War' 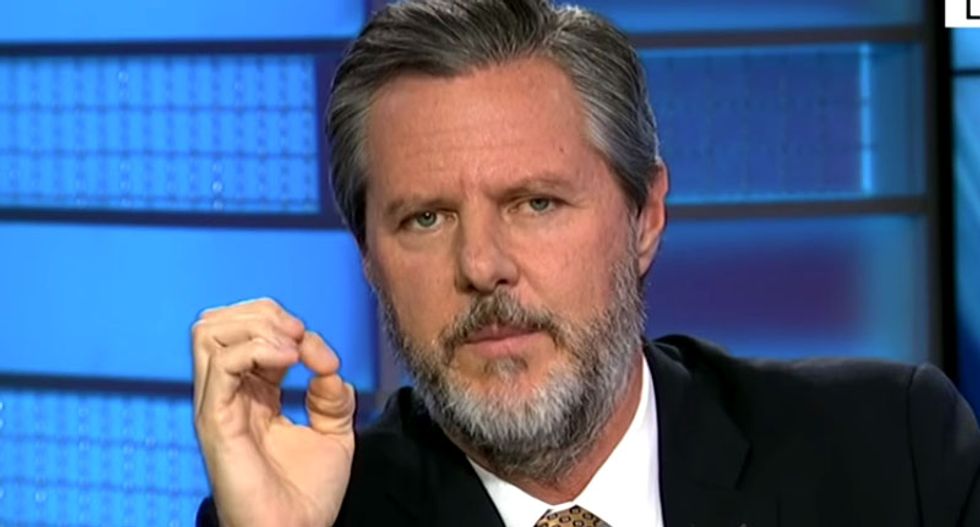 Liberty University President Jerry Falwell, Jr. on Thursday insisted that the "Founders fought in the Revolutionary War" so that President Donald Trump would have the right to act unpresidential.

"We have been duped into viewing politicians as royalty when our Founders intended them to be only temp public servants," Falwell wrote on Twitter. "Complaints @realDonaldTrump is not 'presidential'” are because he acts like one of us-exactly why our Founders fought in Rev War to win independence from royalty."

We have been duped into viewing politicians as royalty when our Founders intended them to be only temp public serva… https://t.co/iUpDeQkozm
— Jerry Falwell (@Jerry Falwell)1534433871.0

Falwell's tweet was immediately met with criticism. Read some of the responses below.

@JerryFalwellJr @realDonaldTrump That's just it, Jerry. Trump isn't just "one of us," he represents the worst of us… https://t.co/MSKE4Q2uVP
— JaysonDBradley (@JaysonDBradley)1534435027.0

@JerryFalwellJr @realDonaldTrump As a leader of an academic institution in VIRGINIA you should know better.
— Rob Jackson (@Rob Jackson)1534434082.0