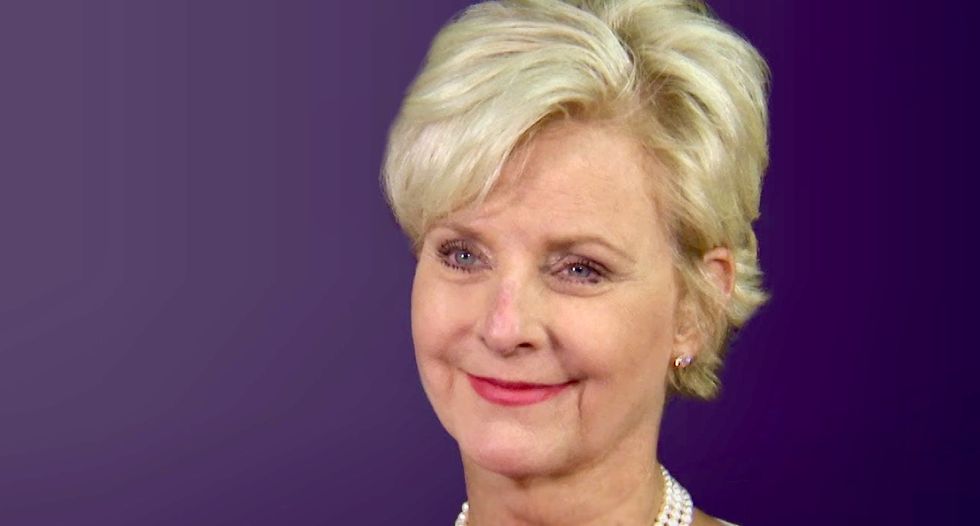 Cindy McCain, wife of the late Republican U.S. Senator John McCain, has emerged as one of the more prominent names of possible appointees to succeed him, along with several former members of Arizona’s congressional delegation.

The appointment rests with Arizona Republican Governor Doug Ducey, who has said he would wait until after McCain’s burial on Sunday to announce a decision and is not considering himself for the job. McCain died on Saturday from brain cancer at age 81.

Under state law, the replacement named by Ducey would assume McCain’s seat through the 2020 U.S. general election but would need to run for election that year to fill out the rest of McCain’s term, which ends in January 2023.

Ducey might, therefore, appoint a “caretaker” successor - someone without longer-term political aspirations - to give the Republican Party more time to consider its best nominee for 2020 and beyond. That choice could hinge on the outcome of this year’s congressional elections.

McCain and Arizona’s junior U.S. senator, Republican Jeff Flake, who is retiring at the end of this year, were both outspoken critics of President Donald Trump, a dynamic that put Arizona at the forefront of deep divisions within the Republican Party.

Trump tweeted his support on Monday for Ducey’s re-election bid. The governor was expected to easily win his party’s nomination for a second term in Tuesday’s gubernatorial primary.

The following is a list of the some of the names most frequently mentioned as possible appointees to succeed McCain, according to Republican political consultants and various media outlets, including the state’s leading newspaper, the Arizona Republic.

The 64-year-old Phoenix native is a philanthropist and controlling owner and chairwoman of the Hensley Beverage Company, a beer distributor founded by her father. She also has taken a prominent role in the fight against human trafficking. The couple met in 1979 and married the following year after his divorce from his first wife, Carol.

Former U.S. Senator Jon Kyl served with McCain in the Senate from Arizona and rose to the position of Republican whip, the second-highest leadership post in his party’s Senate leadership. He served four terms in the U.S. House of Representatives before he was first elected to the Senate in 1994. He retired at the end of his third term in January 2013. He voted against the Obamacare healthcare law. Kyl, 76, now works as a lobbyist at the law firm Covington & Burling and is helping to shepherd U.S. Supreme Court nominee Brett Kavanaugh through the confirmation process.

Kirk Adams, 45, is the governor’s chief of staff and a one-time candidate for the U.S. Congress. He is a former state lawmaker who served as speaker of the state House of Representatives.

Arizona state Treasurer Eileen Klein was appointed to that post in April by Ducey after the incumbent left to become chief financial officer of NASA. She also previously served as president of the Arizona Board of Regents, overseeing the state’s university system, and was chief of staff for former Republican Governor Jan Brewer.

Businesswoman Barbara Barrett, 67, is a former U.S. ambassador to Finland who unsuccessfully ran for Arizona governor in 1994 as the first Republican woman to seek that office. Barrett also was deputy administrator of the Federal Aviation Administration and vice chair of the U.S. Civil Aeronautics Board. She is married to Craig Barrett, retired chief executive of Intel Corp.

Former U.S. Representative John Shadegg, 68, served 16 years as a member of Congress from northern Phoenix, before retiring at the end of his eighth term in January 2011. He is currently a partner at the Phoenix law firm of Polsinelli PC.

Matt Salmon, 60, served two terms in the Arizona state Senate before two stints in the U.S. House of Representatives - from 1995 to 2001 and from 2013 to 2017 - in a district based in Mesa, Arizona. He later became vice president for government affairs at Arizona State University.

Karrin Taylor Robson is a business leader and lawyer who founded her own land-use company. Ducey appointed her to the state Board of Regents in June 2017.