Mike Pence once argued a lying, cheating president should be removed from office — he probably regrets it 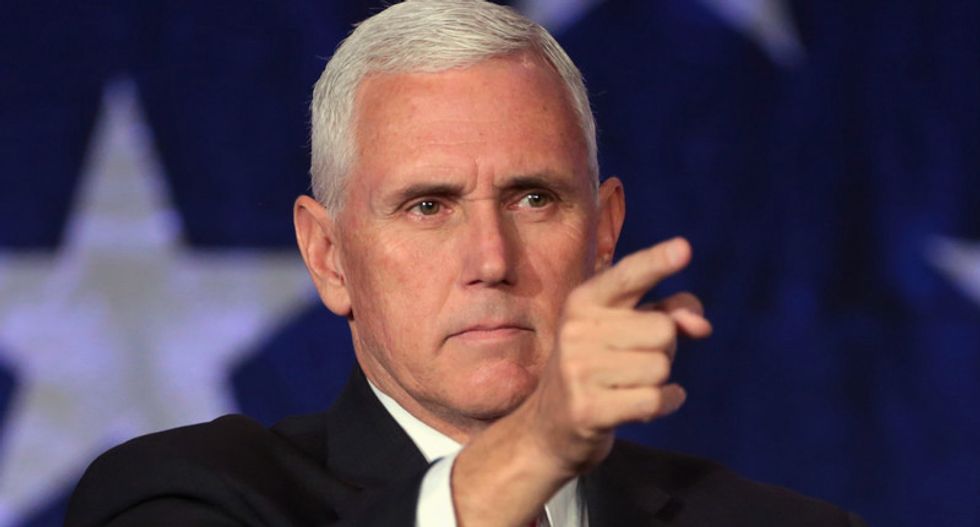 Republicans once argued that a president who lied to the American people and was unfaithful to his wife should be removed from public office — an opinion the GOP seems to have abandoned sometime after President Bill Clinton left the White House and before President Donald Trump moved in.

But evidence of their previous opinions persists — and there's no one for whom that fact is more awkward than Vice President Mike Pence.

As CNN revealed Monday, Pence wrote two op-eds back in the 1990s arguing in favor of removing Clinton from office because of his affair with Monica Lewinsky. Those op-eds were posted on the website for Pence's now-defunct radio program, but CNN reporters found them in the internet archives.

In one of the op-eds, Pence argued that the affair, the lying, and the attempts to cover it all up were particularly troubling. Unfortunately for the now-vice president, Trump himself has been accused of multiple affairs, multiple instances of sexual misconduct and assault, and multiple efforts to cover up these events.

Pence does stress the importance of one aspect of Clinton's misconduct that is absent from many of allegations against Trump: the fact that his affair with Monica Lewinsky happened in the White House. The claims of the current president's sexual misconduct and his alleged affairs with Stephanie Clifford (better known as Stormy Daniels) and Karen McDougal all occurred before Trump took office.

But Trump has also clearly lied about at least some of these cases while in office, an act which Pence condemned when Clinton did it. For example, Trump said he had no knowledge of the hush money payments made by his attorney Michael Cohen to Clifford, though it was later revealed that he paid Cohen back.

Pence also thought that a president's personal moral conduct had a deep effect on the entire country. It's hard to see how the thrice-married Trump, who has acknowledged going after married women and grabbing women sexually without their consent, could live up to Pence's standards.

"Further, the Presidents repeated lies to the American people in this matter compound the case against him as they demonstrate his failure to protect the institution of the presidency as the 'inspiring supreme symbol of all that is highest in our American ideals,'" Pence wrote. "Leaders affect the lives of families far beyond their own 'private life'."

Pence also noted that the imperative to remove a president remains, even if it would hurt the party in control of Congress — a sentiment common among many anti-Trump Republicans in 2018.

The bottom line of the op-eds is that Pence once endorsed removing a president from office on grounds that seem relevant once again. When and if Pence faces reporters bringing up his old claims, he may very well regret writing the op-eds.

On the other hand, perhaps he won't.

Perhaps Pence still believes what he wrote in the '90s, and he's secretly hoping to reap the benefits now if his moral principles once again hold sway in the Republican Party.