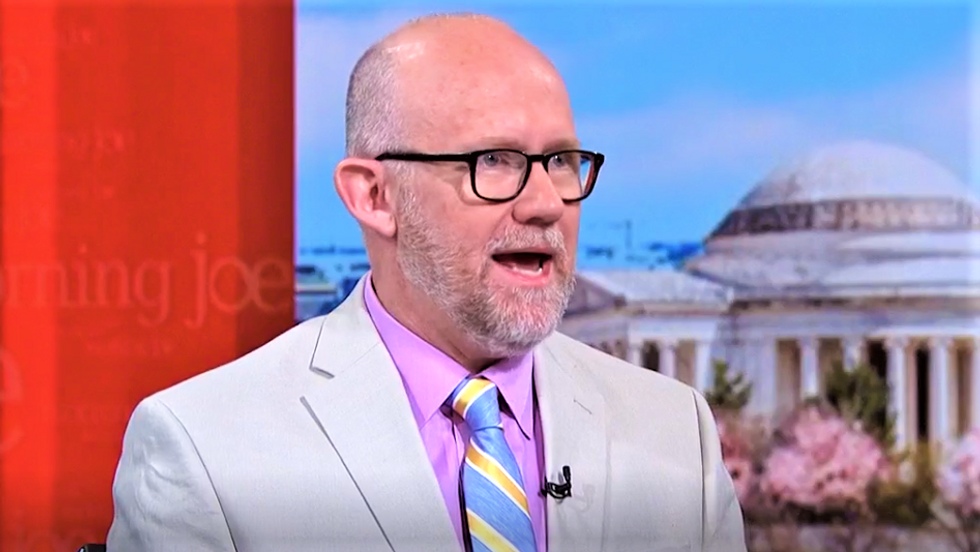 GOP strategist Rick Wilson on Monday got bleeped out on MSNBC's "Morning Joe" during a profanity-laden tirade against the Republican Party.

During the interview, which Wilson used to promote his new book called "Everything Trump Touches Dies," there was a large section of total silence that turned out to be Wilson employing not-safe-for-work language to describe the current state of the GOP.

Writing on Twitter after the segment, Wilson revealed what he said that ran afoul of the censors.

"Washington is full of profiles in chickensh*t," Wilson said to co-host Joe Scarborough. "You and I both get calls from members of Congress who say I can't stand this assh*le."

I said "Washington is full of profiles in chickenshit. You and I both get calls from members of Congress who say I can't stand this asshole"
— Rick Wilson (@Rick Wilson) 1533560583.0

"Are you saying that on TV?" co-host Mika Brzezinski asked Wilson after the sound kicked back in.

"I wasn't trying to," said a smiling Wilson. "These guys call us and they express this unbelievable, this disgust with Trump. They're not all bought into this."

"Hey Rick, you owe me a dinner," Scarborough jokingly told Wilson. "We've been forced to implement a seven-second delay."