MSNBC guest warns LeBron not to fall for White House photo-op: 'Melania Trump is neither an ally nor a friend' 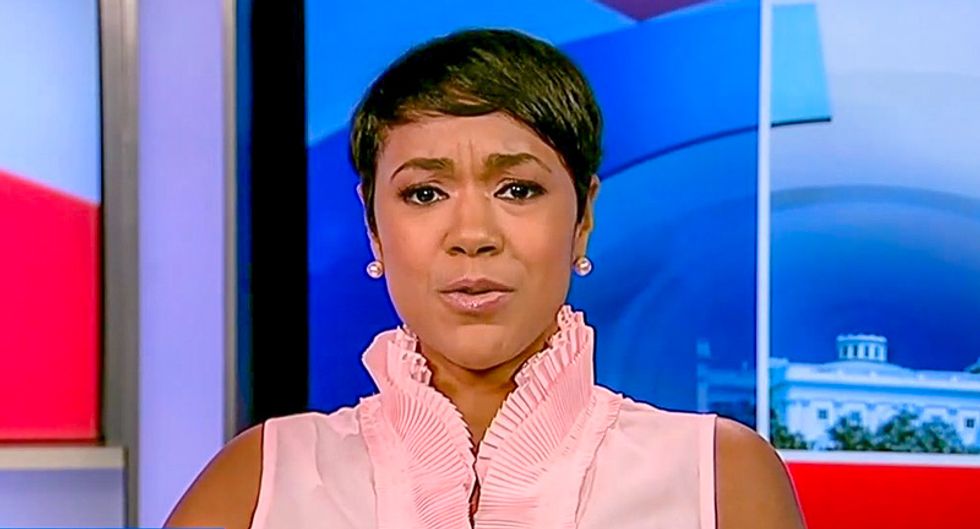 Journalist Tiffany Cross on Sunday asserted that NBA player LeBron James should steer clear of First Lady Melania Trump because she "is neither an ally or a friend."

Melania Trump recently released a statement in support of James after her husband, President Donald Trump, suggested that the NBA player does not "look smart." The president's remarks came following a CNN interview in which James revealed that he is supporting a school for underprivileged children.

In her statement, the first lady attempted to arrange a photo-op with James.

But Cross warned in a Sunday appearance on MSNBC that Melania Trump's statement is a ruse.

"I don't think we should make much of it at all," Cross said of the statement. "Melania Trump is neither an ally nor a friend to what's happening in the country right now. She is someone who is married to Donald Trump. She was a birther."

"LeBron James certainly didn't build this school to give her a photo-op," she continued. "I don't know why we all, you know, clutch our pearls and dance in gratitude every time she says something about this president or the things he says."

Cross predicted that as soon as "the circus of the presidency is over so too will be their marriage."

"I remember sound bites from her when her husband was a then candidate saying racist things, bigoted things, saying misogynistic things, and she stood by him then," Cross said. "I am grossly unimpressed with her statement."