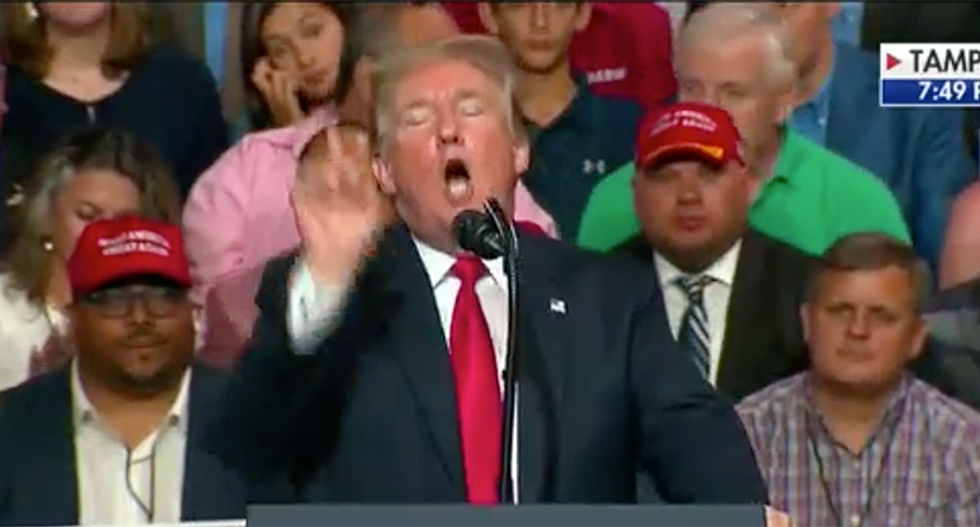 On Monday, President Donald Trump met with Evangelical Christian leaders and issued a dark warning. If Democrats prevail in the midterms, he claimed, they “will overturn everything that we’ve done and they’ll do it quickly and violently.” The remarks were delivered to an assembly of 100 supporters in the evangelical community, the New York Times reported.

Trump then conflated the Democrats with antifa, the loose network of left-wing militants devoted to stamping out Nazism.

“They will end everything immediately,” Trump said. “When you look at antifa and you look at some of these groups, these are violent people.”

On MSNBC Wednesday, panelists grappled with the president's remarks.

"That's just demagoguery by the president of the United States," said journalist Jonathan Alter. "It's one thing to say, I want you to hold the Congress, but when he says all democrats are antifa..."

They also pointed out that Donald Trump once offered to pay the legal bills of protestors.

"This is a guy who is rallying to his base. And the base does what Donald Trump says," added author and Republican political consultant Noelle Nikpour.