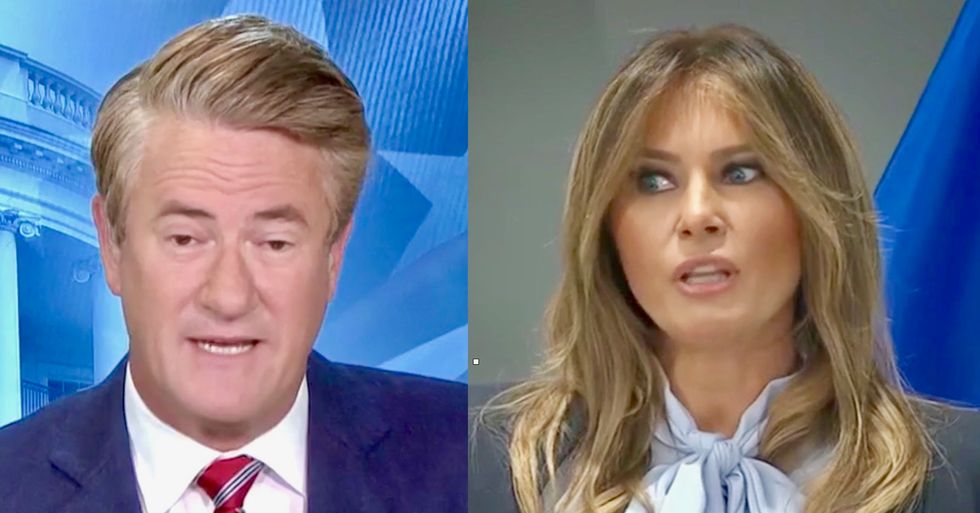 MSNBC host Joe Scarborough was once a friend of President Donald Trump, and remains one of the few media personalities comfortable talking about his state of mind.

He also knows First Lady Melania Trump pretty well, and on this morning's show he commented on Trump's "mental well-being" and how it intersects with Melania Trump's Be Best campaign to discourage online bullying.

"Now, is she completely clueless or is she trolling the man she's married to?" Scarborough asked. "I think it's probably the latter... The First Lady making remarks at a summit to 'discourage online bullying.' She did that yesterday, asked about the contradictory message, the First Lady's office said in a statement she is 'aware of the criticism, but it will not deter her from doing what she feels is right.'"

Scarborough then asked MSNBC analyst John Heilemann for his thoughts.

"I have to ask, is she trolling the president there, or is she just completely separated from the realities of how her husband spends every waking moment when he has free time?" he asked.

"There are many questions like that, Joe, that are, what I like to call false binaries: not either/ors, they're and/buts," he said. "If you look at Melania Trump, the way she's handled herself in the last 18 months while her husband was in the Oval Office, I would say trolling the president... she seems pretty acutely aware of what her husband does on social media and she's taken a few subtle shots. this might be one of them. This might be one of them."