No arrests after 66 shot, 12 killed, in weekend Chicago gun violence 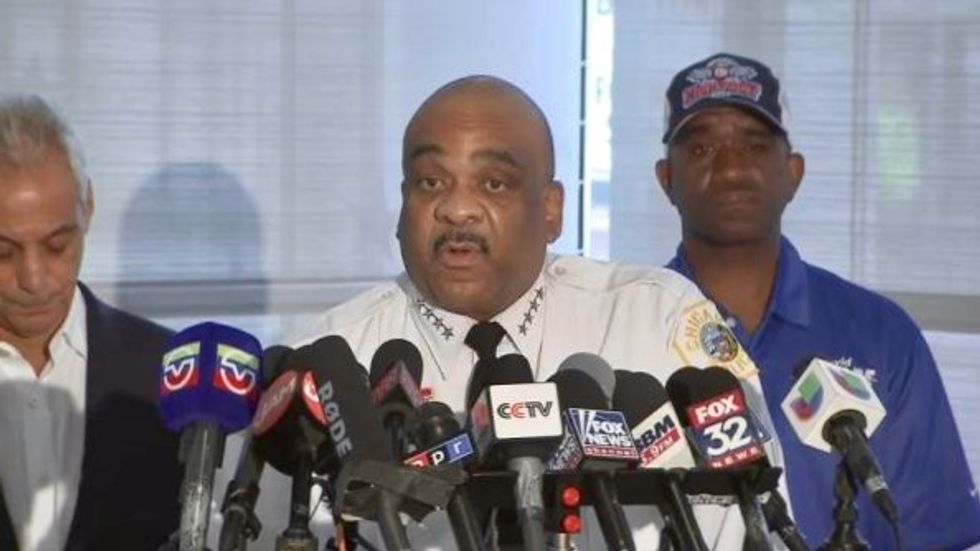 Chicago police have made no arrests tied to the shootings of 66 people over the weekend, 12 of them fatal, but dozens were taken into custody on gun charges, the city’s police chief said on Monday.

Police Superintendent Eddie T. Johnson said additional officers had been deployed to prevent retaliatory shootings, leading to the arrests of 46 people on firearms charges. Police seized 60 guns, adding to a total of 5,600 already confiscated in Chicago so far this year.

“I share the anger and frustration that many Chicagoans are having today because, if anything, this should underscore the continuing issue that we have with illegal guns and offenders that are out on the street that are willing to use them,” Johnson said.

Johnson told reporters there were some promising leads in investigations of the weekend bloodshed, but he did not elaborate and provided few updates on crime statistics for the third most populous U.S. city. Authorities had previously said gun violence was on a decline this year.

“There are too many guns on the street. Too many people with criminal records on the street. And there is a shortage of values of what is right and what is wrong,” said Emanuel, a Democrat.

An earlier wave of shootings in Chicago emerged as a talking point for Republican Donald Trump in his 2016 presidential campaign, as he pledged to crack down on street crime.

The rash of shootings over the weekend also elicited comments from President Donald Trump’s lawyer Rudy Giuliani, a former New York City mayor who has touted his crime-fighting record there.

Giuliani urged Chicago residents to vote against Emanuel’s bid for a third term next February and back Garry McCarthy, also a Democrat, who served as the city’s police chief for four years until 2015.