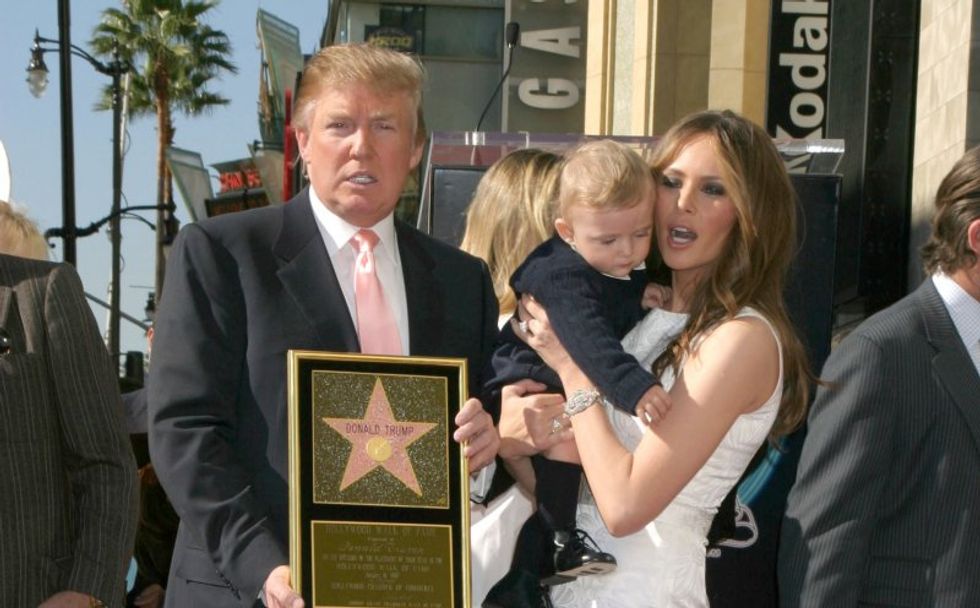 Is there a sixth, heretofore unknown child of Donald Trump?

The topic, which had once been a far-flung conspiracy, has new legs on Saturday after the former Trump Tower doorman who says he was silenced by a catch-and-kill contract with the National Enquirer.

For the last year, reports have mentioned a rumor about former Trump Tower doorman Dino Sajudin claiming Trump had an affair with his housekeeper and fathered a child.

One example of how screwed up things are right now is that the president is accused of fathering a child w/his hous… https://t.co/b40tboWANT
— Judd Legum (@Judd Legum)1535216574.0

Sajudin has shared a copy of the contract between himself and the company run by longtime Trump ally David Pecker appears to have been signed on Nov. 15, 2015, a few months after Trump announced he was running for president. Sajudin had faced a $1 million penalty if he broke the exclusivity provision and told the story to anyone but the Enquirer.

CNN posted the contract on Saturday, and later discussed the matter on air.

CNN White House correspondent Sarah Westwood said that Sajudin told the network he just learned he is free to talk about the allegations.

"We don't know exactly why," Westwood said. "But it comes as David Pecker, the chairman of AMI and a personal friend of Donald Trump's has been granted immunity to talk."

"The White House so far is not commenting on these allegations from the doorman as officials struggle to explain the avalanche of scandals that have fallen on Trump this week."

No media outlet has been able to verify the account tied to Sajudin and his credibility has been questioned by people close to him.

Watch the CNN segment below.