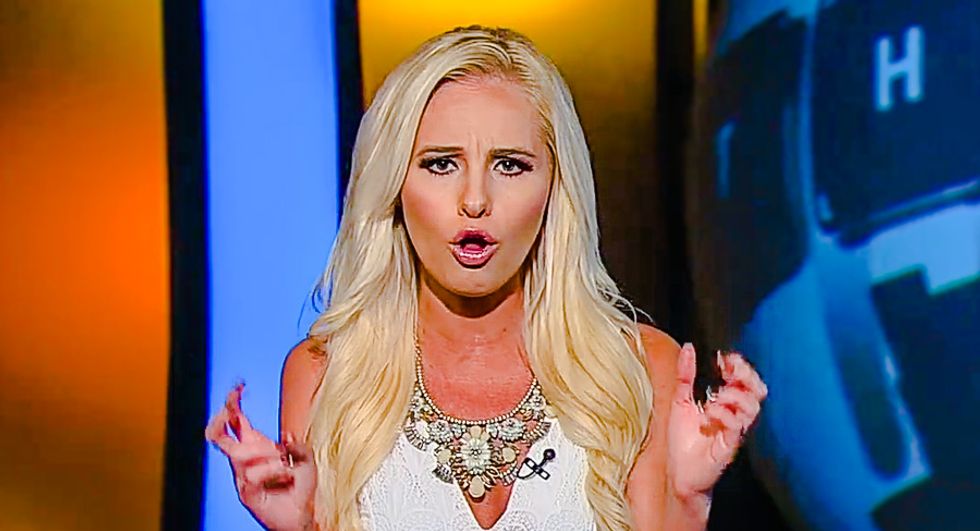 Fox News' Tomi Lahren on Monday smeared the entire city of San Francisco as a "cesspool" because she allegedly saw a resident snorting cocaine out in public.

"First time in San Fran- see a man snorting cocaine off the street," she wrote on Twitter. "So sad this beautiful place has become such a cesspool. Thanks for nothing, Liberals!"

First time in San Fran- see a man snorting cocaine off the street. So sad this beautiful place has become such a ce… https://t.co/BTSy5oSEMf
— Tomi Lahren (@Tomi Lahren) 1533531346.0

Many of Lahren's followers doubted that Lahren actually saw someone snorting cocaine off of a sidewalk -- and they hilariously ripped her to shreds in replies to her tweet.

@TomiLahren Cocaine isn’t cheap..be inspired to be like him. He must have lots of currency to fund his lifestyle. S… https://t.co/pwLC7rqLDD
— Manny Herrera (@Manny Herrera) 1533532130.0