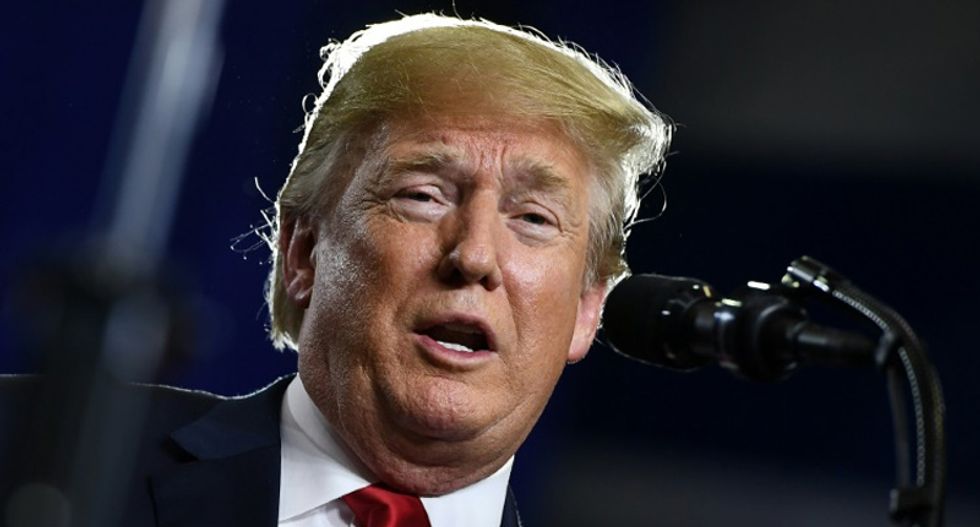 U.S. District Judge Naomi Reice Buchwald in Manhattan ruled on May 23 that comments on the president’s account, and those of other government officials, were public forums and that blocking Twitter Inc users for their views violated their right to free speech under the First Amendment of the U.S. Constitution.

The Knight First Amendment Institute at Columbia University on August 10 sent the Justice Department a list of 41 accounts that had remained blocked from Trump’s @RealDonaldTrump account. The seven users who filed suit had their accounts unblocked in June.

The 41 blocked users include a film producer, screenwriter, photographer and author who had criticized President Trump or his policies. At least 20 of those individuals said on Twitter that Trump had unblocked them on Tuesday.

The 41 users were not a comprehensive list of those blocked by Trump. Rosie O’Donnell, a comedian, said on Twitter late Tuesday that she remained blocked.

The White House did not immediately comment late Tuesday.

The ruling has raised novel legal issues. The Internet Association, a trade group that represents Twitter, Facebook Inc, Amazon.com, and Alphabet Inc, filed a brief in the case earlier this month that did not back Trump or the blocked users but urged the court to “limit its decision to the unique facts of this case so that its decision does not reach further than necessary or unintentionally disrupt the modern, innovative Internet.”

Trump has made his Twitter account, with 54.1 million followers, an integral and controversial part of his presidency, using it to promote his agenda, announce policy and attack critics. He has blocked many critics, preventing them from directly responding to his tweets.

The U.S. Justice Department said the ruling was “fundamentally misconceived” arguing Trump’s account “belongs to Donald Trump in his personal capacity and is subject to his personal control, not the control of the government.”

Buchwald rejected the argument that Trump’s First Amendment rights allowed him to block people with whom he did not wish to interact.

Trump could “mute” users, meaning he would not see their tweets while they could still respond to his, she said, without violating their free speech rights.

The Internet Association said the court “should make clear that this case does not implicate the overwhelming majority of social media accounts throughout the Internet.”

It also warned “there is a considerable risk that any decision that may recognize isolated public forums on Twitter will be misunderstood to hold that Twitter, too, can be subject to First Amendment scrutiny. ...Twitter itself is not a state actor when it blocks or withdraws access to its account-holders or users, and it is therefore not subject to the First Amendment’s restraints.”