WATCH: Joe Arpaio explains he would be willing to give Donald Trump a 'hand job' in Sacha Baron Cohen's latest show 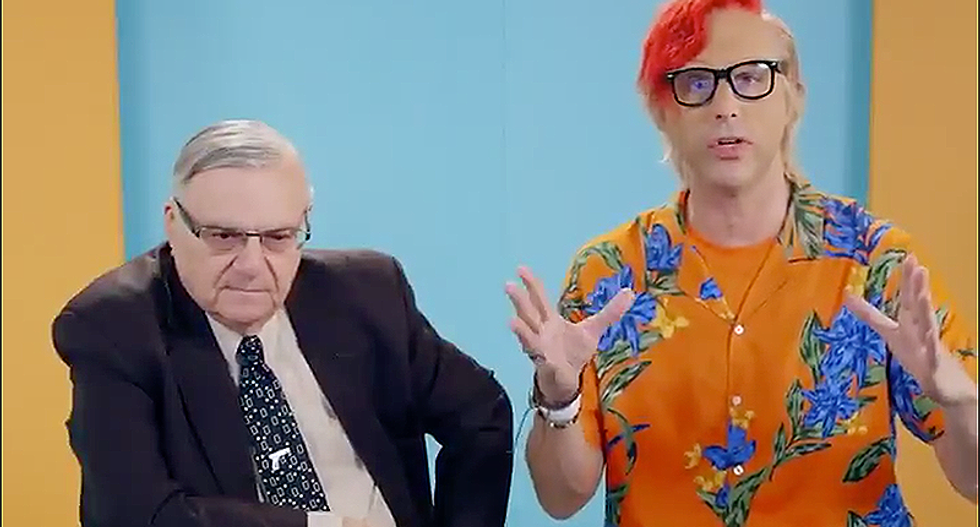 Ex-Sheriff Joe Arpaio announced in July that he was fooled by Showtime's Sacha Baron Cohen for his show "Who Is America?"

“I felt uncomfortable with some of the words they were using but I had to live through it,” he said. “I am not the type of guy who gets up and walks out. I never walked out in thousands of interviews. I just take it.”

“I was very careful in responding to controversial issues,” Arpaio later. “Profiling. Illegal immigration. They were hitting me with all of that.”

The video shows another side, however.

In the interview, Arpaio is asked about Donald Trump and whether the president is a wealthy man. He brought up that the president likes "gold" things and wanted to know if Trump would hook him up with a "golden shower." The comedian made it seem like it was a shower that was gold, not the sex act referenced in the Christopher Steele Dossier.

Cohen then managed to get Arpaio to talk about jobs he did with his hands. For example, Cohen says in a thick Finnish accent that his first "hand job" was delivering newspapers.

Ultimately, he got Arpaio to agree that he would be willing to give Trump a "hand job."

Watch the hilarious segment below: