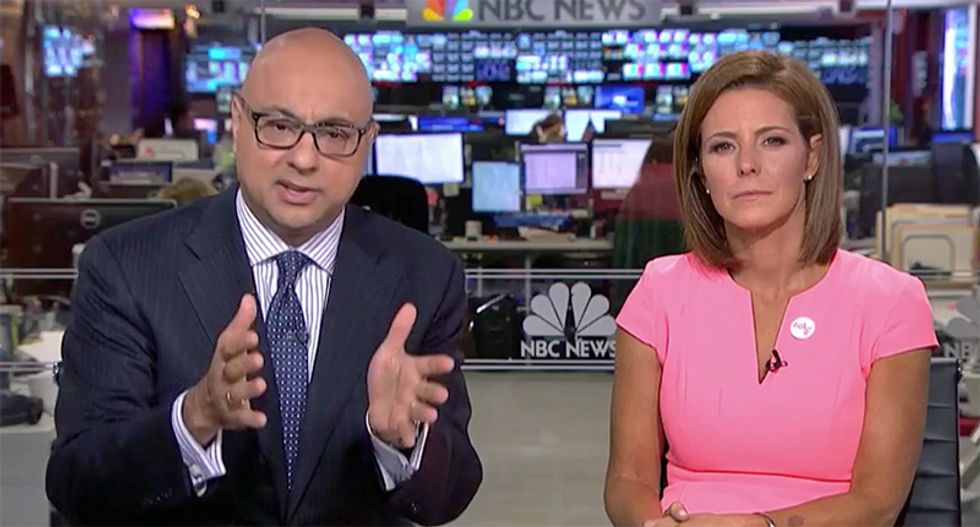 "This morning, Catholics around the world are processing a stunning report out of Pennsylvania detailing horrific -- horrific -- sexual abuses of children by hundreds of priests across the state of Pennsylvania," anchor Stephanie Ruhle reported.

"The stories of abuse by men who are given the highest level of trust are grotesque," anchor Ali Velshi added. "Those entrusted to minister to their communities used gold crosses, necklaces, symbols of their faith to mark their victims, making them easier to target."

The two co-hosts recounted the numbers of abuse victims and offenders revealed in the report.

"It's criminality, criminality through and through," argued victims' attorney Mitchell Garabedian. "You're dealing with an international criminal enterprise."

"You have the most prestigious, powerful, influential institution in the world -- the Catholic Church -- allowing the wholesale sexual abuse of children," he continued. "Supervisors turned their backs on innocent children, pedophile priests sexually abused innocent children and the Vatican knew about it, cardinals knew about it."