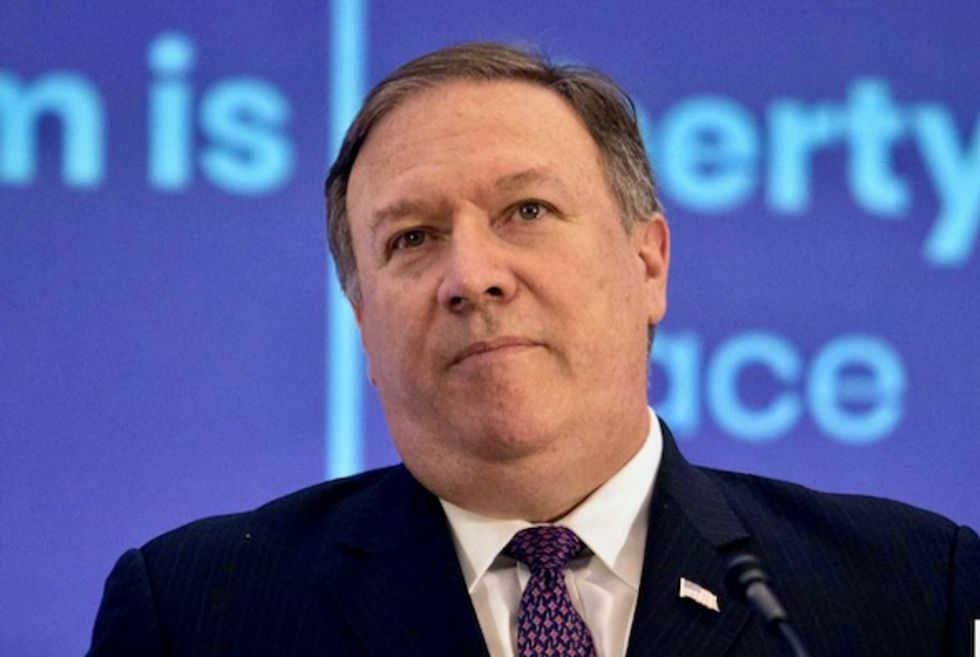 The United States intends to fully enforce sanctions due to be reimposed against Iran early this week on orders from U.S. President Donald Trump, Secretary of State Mike Pompeo said on Sunday.

Washington’s so-called “snapback” sanctions are due to be reinstated against Tehran at 12:01 a.m. EDT on Tuesday, a U.S. Treasury official said, speaking on condition anonymity.

Pompeo, speaking with reporters returning with him from an Asian trip, said the White House would detail implementation of the measures on Monday morning.

“It’s an important part of our efforts to push back against Iranian malign activity,” he said. “The United States is going to enforce these sanctions.”

Despite opposition from European allies, Trump in May pulled the United States out of a 2015 deal between world powers and Tehran under which international sanctions were lifted in return for curbs on Iran’s nuclear program.

Trump had denounced the deal reached under his White House predecessor, Barack Obama, as one-sided in Iran’s favor.

Starting this week, Washington will reimpose sanctions on Iran’s purchases of U.S. dollars, its trade in gold and precious metals, and its dealings with metals, coal and industrial-related software.

The United States has told other countries they must halt imports of Iranian oil starting in early November or face U.S. financial measures.

Iranian President Hassan Rouhani said last week that Trump’s repudiation of the deal was illegal and Iran would not yield to Washington’s renewed campaign to strangle Iran’s vital oil exports.

Iran will ease foreign exchange rules, state TV reported on Sunday, in a bid to halt a collapse of the rial currency, which has lost half its value since April due to fears about the return of U.S. sanctions.

Pompeo said the United States wants “the Iranian people to have a strong voice of who their leadership will be,” although he stopped short of calling for regime change in Tehran.

He later said in a message on Twitter that the United States was “deeply concerned about reports of Iranian regime’s violence against unarmed citizens” and urged respect for human rights.

Protests broke out on Sunday for a sixth night in Iranian cities, including Kazeroon in the south, according to social media. Authorities reported the first fatality among protesters, with the shooting of a man in Karaj, west of Tehran. But they denied security forces were involved, Iranian news agencies reported

The protests have often begun with slogans against the high cost of living and alleged financial corruption but quickly turned into anti-government rallies.

Pompeo said it would require “enormous change” by Iran to get out from under renewed U.S. sanctions. “They have got to behave like a normal country,” he said, describing Iranian leaders as “bad actors.”

He alluded to Trump’s suggestion last week of the potential for future negotiations with Tehran, a notion that senior Iranian officials quickly rejected.

“We are happy to talk if there’s an arrangement that is appropriate, that could lead to a good outcome,” he said. “Perhaps that will be the path the Iranians choose to move down with. There’s no evidence to date of their desire to change to change their behavior.”