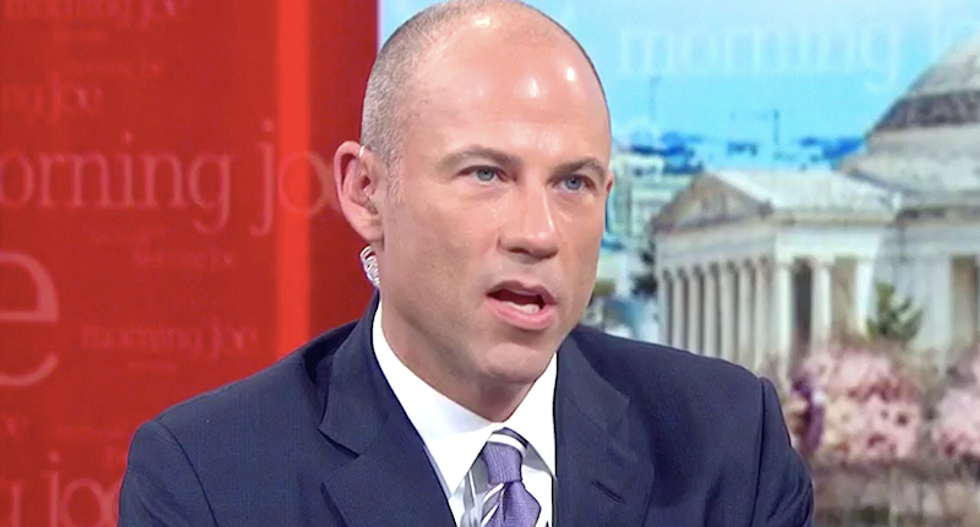 Attorney Michael Avenatti issued another warning for the Republican Party on Friday: Jam through a vote on Supreme Court nominee Brett Kavanaugh at your own peril.

Referring to his plan to ramp up media attention on the case of Julie Swetnick, who has alleged that Kavanaugh participated in gang rapes in the 1980s, Avenatti said GOP senators would rue the day that they forced the Supreme Court nominee without hearing all available evidence against him.

"Warning -- if the committee advances the nomination this afternoon, my client and I are going to thoroughly enjoy embarrassing Chuck Grassley, Lindsey Graham, Ted Cruz, and all of the other GOP members on the committee this weekend when her story is told and is deemed credible," he wrote.

Avenatti then referenced his work on behalf of adult film star Stormy Daniels, which eventually resulted in former Trump "fixer" Michael Cohen pleading guilty to making an unlawful campaign contribution in the form of a hush money payment to his client.

"If you think I am bluffing, you have not been paying attention the last seven months," he wrote. "I don’t traffic in nonsense. I traffic in facts and evidence."