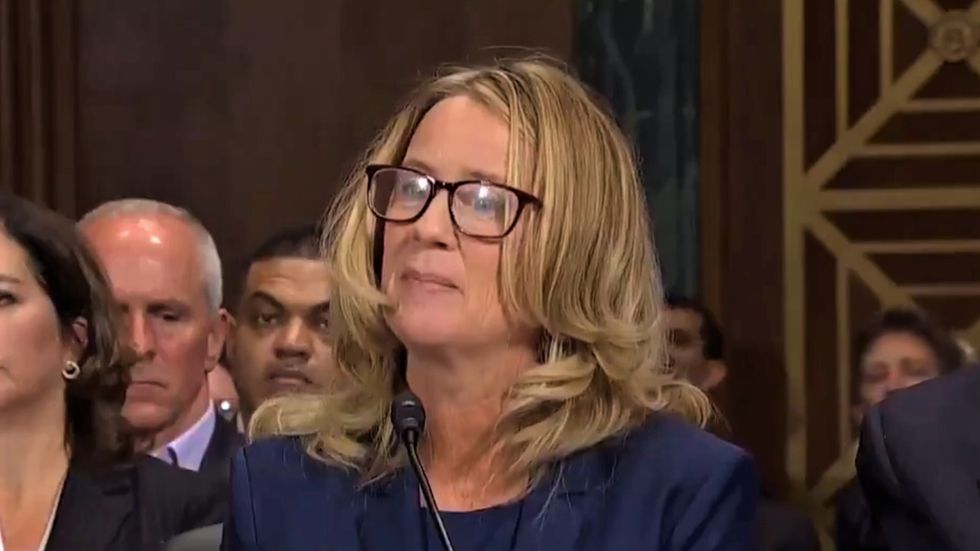 During her emotional testimony on Thursday, Dr. Christine Blasey Ford was asked what her most vivid memory of being allegedly sexually assaulted by Supreme Court nominee Brett Kavanaugh and his friend, Mark Judge.

During questioning from Sen. Pat Leahy (D-VT), he asked her to recall her "strongest memory of the incident."

Ford responded by making use of her knowledge of neurological science.

"Indelible in the hippocampus is the laughter," she said. "The uproarious laughter between the two, and them having fun at my expense."

"They were laughing with each other," she said.

"And you were the object of the laughter?" he asked.

"I was underneath one of them while the two laughed," she replied. "Two good friends having a really good time with one another."